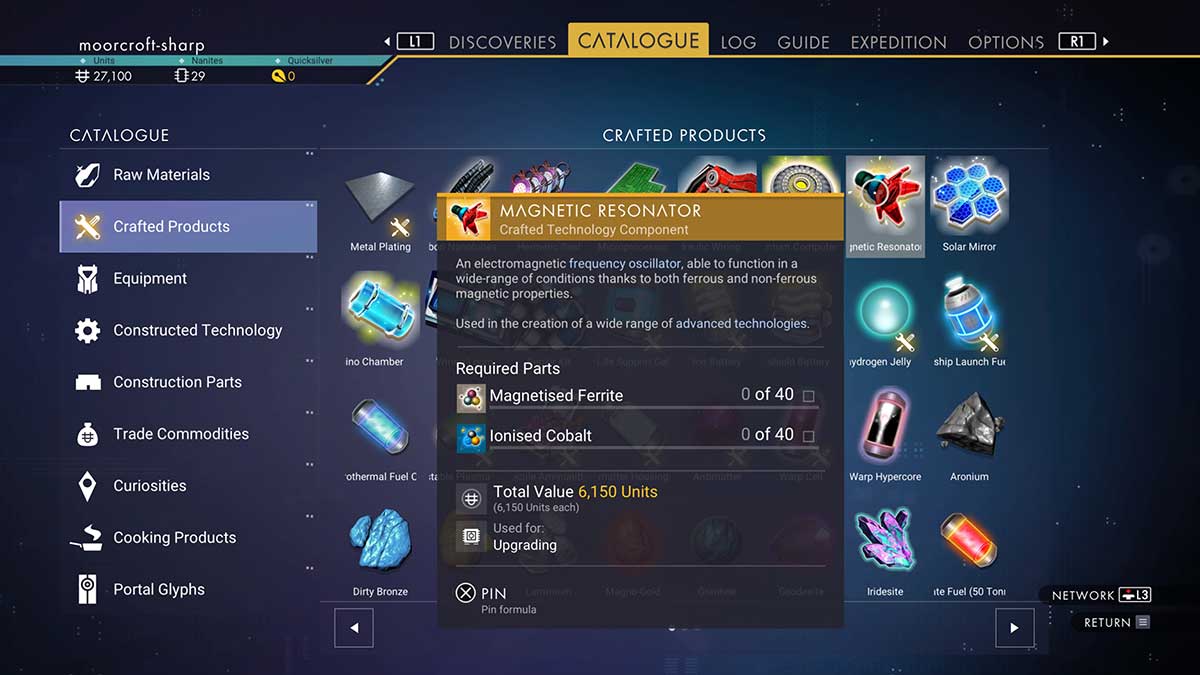 To complete Autodiagnostics: 3 in No Man’s Sky Expedition Three: Cartographers, you’ll need to build a Magnetic Resonator to fix up a part of your custom ship. Unfortunately, you can’t do this until you unlock the plans, even if you have all the resources required to craft it. This guide covers how to unlock the Magnetic Resonator Plans during the Expedition and how to build it once you’ve got those plans.

How to unlock the Magnetic Resonator Plans

You unlock the Magnetic Resonator Plans by completing the Geologist Milestone, the second Milestone in Phase three of the Expedition. To complete Geologist, you need to scan and discover 18 minerals across the planet. Once you’ve done this, you’ll be able to claim the plans as your reward from the Expedition menu.

How to build a Magnetic Resonator

The resources required to build a Magnetic Resonator aren’t that complex. You need 40 Magnetised Ferrite and 40 Ionised Cobalt. You can make Magnetised Ferrite by first refining Ferrite Dust in a Portable Refiner. Then, you’ll need to refine the Pure Ferrite it produces to get Magnetised Ferrite. You only need to refine Cobalt once to get Ionised Cobalt, but it’s a much rarer resource, mainly appearing in caves around the planet. Look for the long pillars sticking down from the ceilings of caves. Thankfully, a very kind player has named these “Just Cobalt,” so there’s no mistaking them.