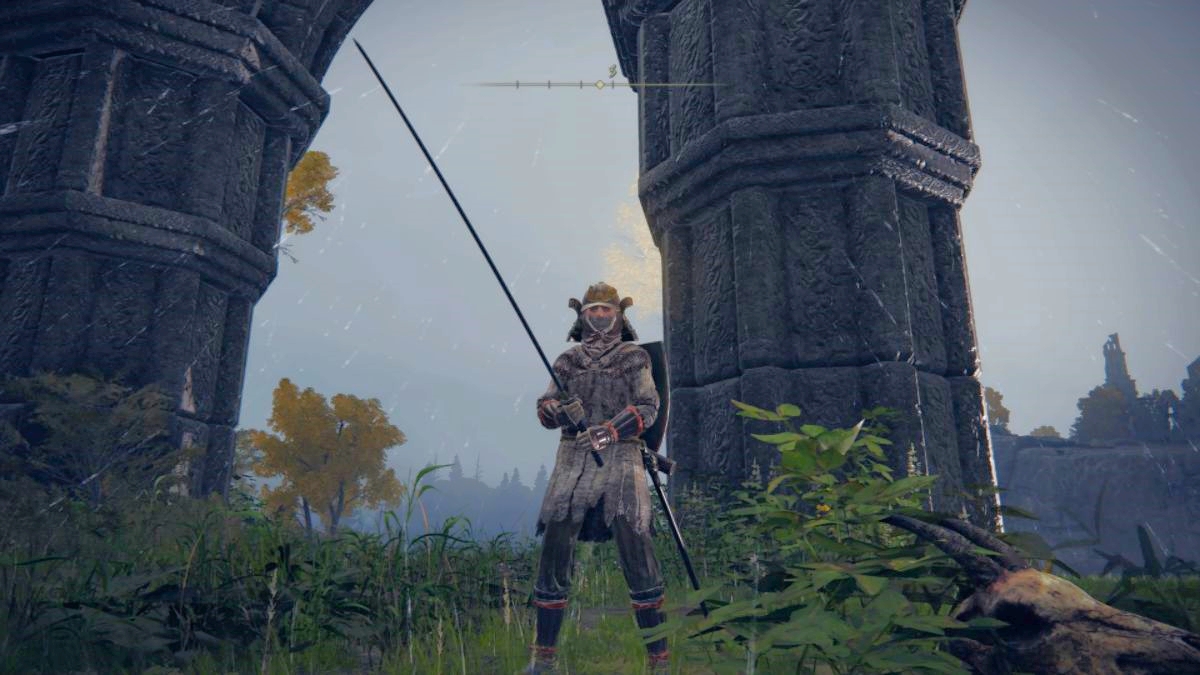 To get the Nagakiba katana in Elden Ring, you have to either kill Yura, Hunter of Bloody Fingers or complete his long, difficult questline. Find Yura, Hunter of Bloody Fingers underneath the arched ruin a short distance east of the Seaside Ruins Site of Grace. He is an NPC who will not attack you unless you strike him several times first, and once he does attack, he’s dangerous due to the extreme length of his Nagakiba blade.

We killed Yura by backing away into the open area southwest of his campfire, where there is plenty of room to keep him at a safe distance. His attacks have long reach but are mostly slow with a lengthy recovery. Dodge them either by backing away or by rolling forward to either side of him, and counterattack using long-reach, thrusting attacks. He has one health flask, but after he’s used that, you can just wear him down.

Related: What is the location of the Coastal Cave entrance in Elden Ring?

Once killed, Yura will drop the Nagakiba katana, one of the best katanas in Elden Ring due to its extremely long blade, which allows you to poke at enemies from long range like a polearm, while also affording the faster-slashing speed of a sword. It also offers marginally better Guarded Damage Negation than a regular katana.