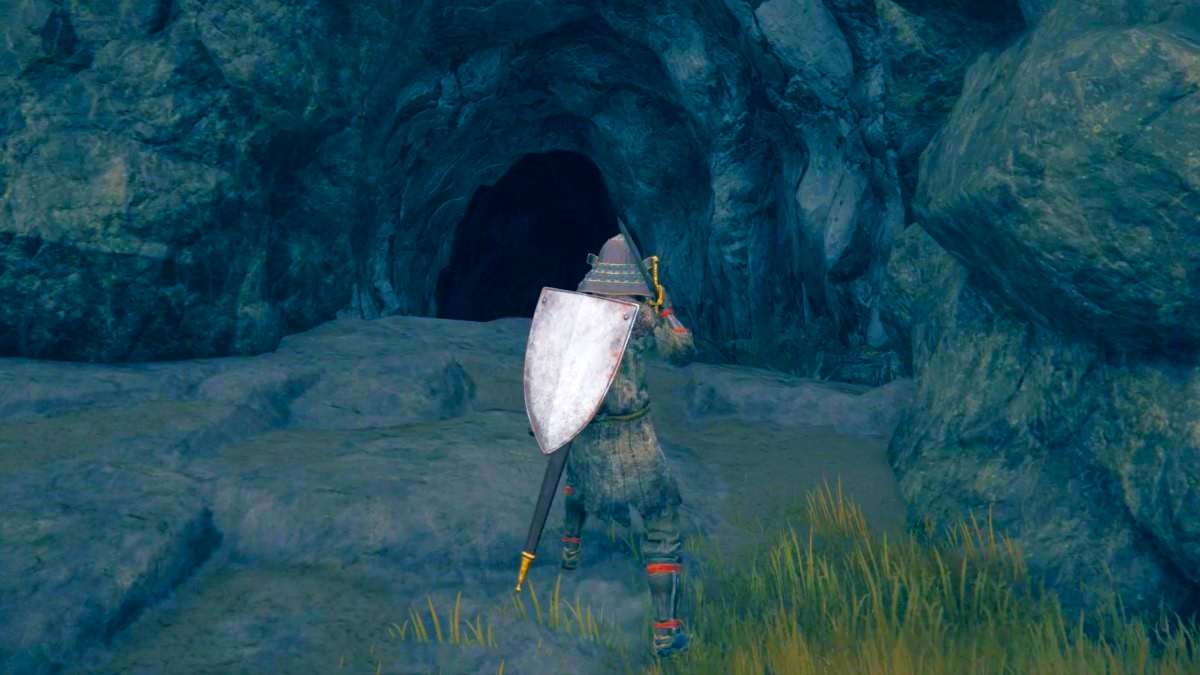 The Coastal cave is an important location in Elden Ring because it is the only way to access the Church of Dragon Communion island, but figuring out how to get to it can be difficult. The problem is that maps of the Lands Between mark the Coastal Cave at the spot where its Site of Grace is, not where its entrance is. So if you follow the maps you’ll find yourself up a cliff with no Coastal Cave entrance in sight. The map below shows you the spot you actually need to aim for.

Make your way to the cliff edge, watching out for the Troll patrolling nearby, and look down to the beach. Look out for a campfire. That’s where you’ll find the Nomadic Merchant, and the slab of ruin he’s sheltering under is the easiest way to get down to the beach. From the Nomadic Merchant, head northwest along the beach until you see a group of demi-humans frolicking on the rocks. The Coastal Cave entrance should now be on your right, and the Coastal Cave Site of Grace is just a short distance inside.

Related: What are the white lights near the Coastal Cave in Elden Ring and what do they do