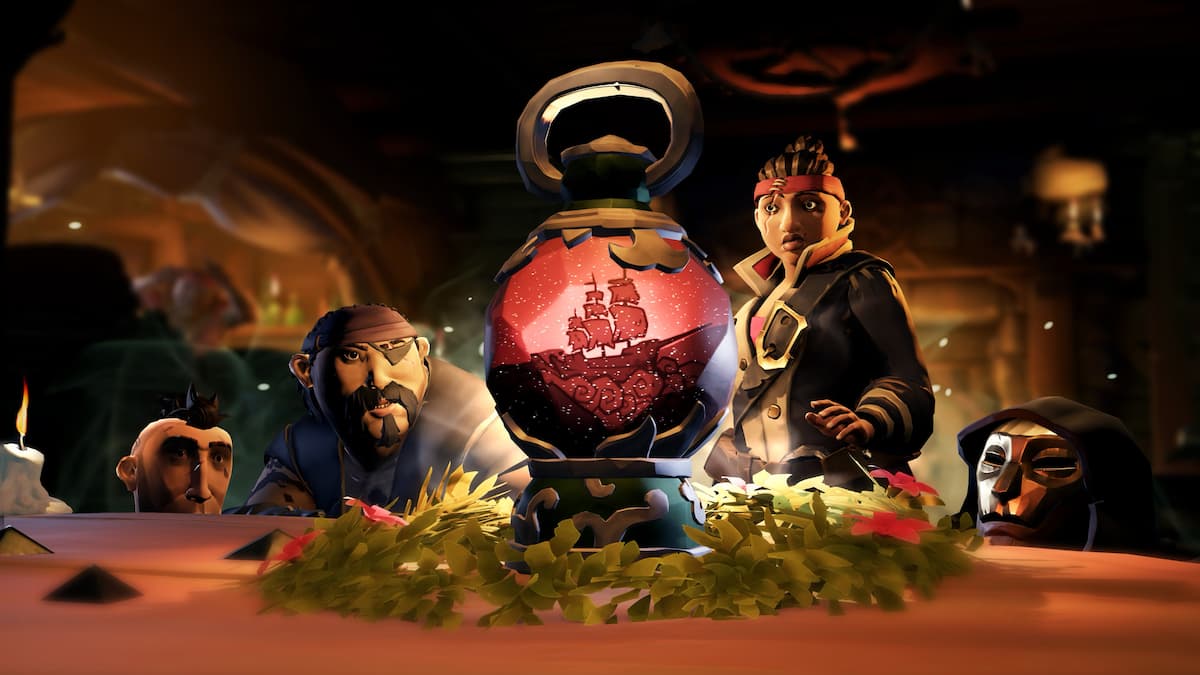 The Snowburned Ship Lantern, or Orb of Scrying, is only available to players while Sea of Thieves is doing their Festival of Giving stream on Twitch. As of this writing, we do not know when they will end this stream, but it is expected to go at least throughout this weekend. During this time, players can watch streamers that Sea of Thieves Twitch raids for various Drops that give you in-game items that are no longer available. The Orb we are looking for is actually found in the game, though.

When you get into the game, set a course for The North Star Seapost. On our travels, we had to deal with a couple of other ships along the way since people are drawn to this location to find the lantern.

We have heard there are other spots where you can find this bird, like the Reaper’s Hideout, but when we found it, it was at the Seapost. If you don’t find it there, we recommend hopping into the stream to find out where the bird is at that time.

When you reach this small port, walk onto its deck towards the little hut. On the top left portion of the roof, there is a bird called the Great Seer of the Orb. Interact with it, and you will earn the Snowburned Ship Lantern.

After you claim the item, return to your ship and go into your Equipment Chest. Tab over to the lantern section, and you can equip the Orb of Scrying so whenever you pull out your lantern, you will hold a red, snowing globe with a pirate ship in it.