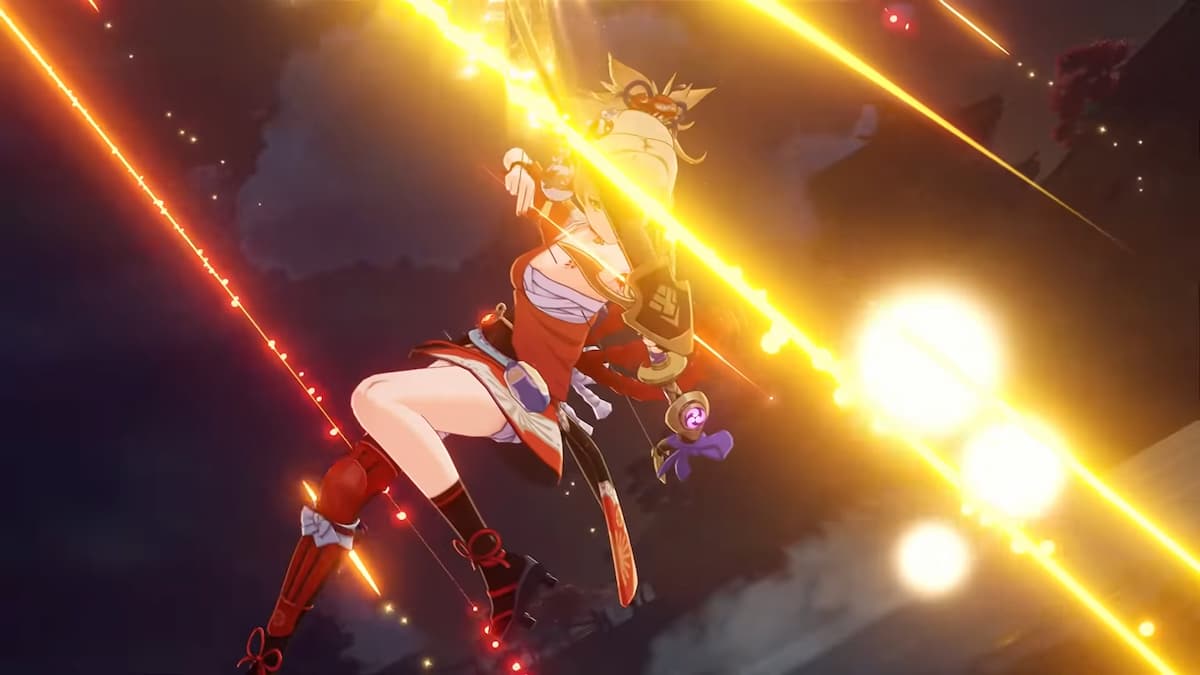 The Shimenawa’s Reminiscence is an Artifact Set added to Genshin Impact in Update 2.0. The set focuses on giving the user powerful regular attacks at the cost of their elemental burst damage. The set is excellent for characters specializing in doing damage through normal attacks and DPS-style characters.

The Emblem of Sever Fate set offers the following bonuses:

How to get the Emblem of Severed Fate

The Shimenawa set can be found in one domain, the Momiji-Dyed Court. This domain can only be reached when you hit an adventurer rank of 30. Once you hit adventurer rank 30, you must explore Yashiori Island, located in the Inazuma region.

The recommended party level for the first tier of this domain is 59. Cryo and Pyro characters are recommended, as this domain features a unique elemental gimmick. The battle arena will have two random areas marked blue and red for Cyro and Pyr,o respectively. Use a character with the matching elemental affinity while standing on the right section of the arena for a 60% damage bonus.

All Pieces of the Shimenawa’s Reminiscence Set

This artifact set consists of five distinct pieces. Each piece and the possible prefix rolls are listed below.

This set is relatively easy to farm, as this domain is short and only consists of defeating a small group of enemies to complete. About seven to ten runs should net you the entire five-piece set. Diluc is a fantastic character to pair with this set, but any primary DPS can work well.