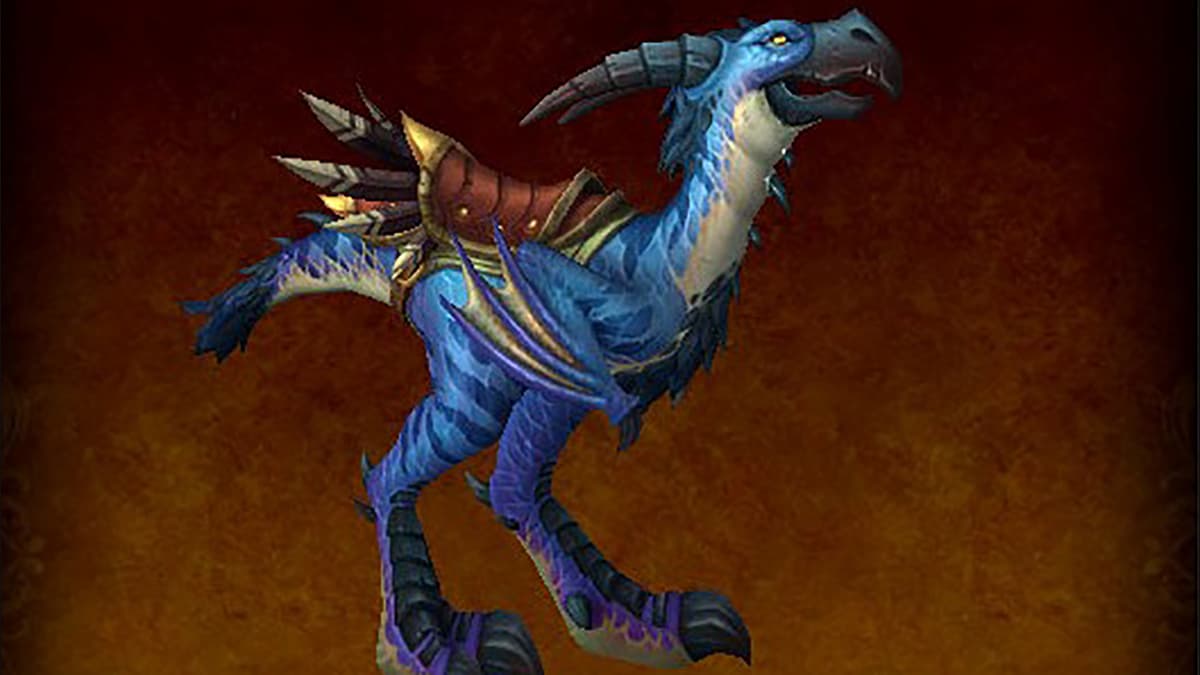 World of Warcraft has added a ton of mounts to collect over the course of its long existence. Some have been extremely unique and others have just been recolors of existing creatures. With Dragonflight, Blizzard has toned down the amount of mounts to collect per patch, but the ones added are usually a little more visually distinct in turn. Patch 10.0.5 is super light on mount rewards, but there is one unique steed to tame. Here is how to get the Skyskin Hornstrider mount in World of Warcraft.

In order to add the Skyskin Hornstrider mount to your collection you are going to need to do some grinding. Patch 10.0.5’s main new event is called The Storm’s Fury, which is a much harder group version of a Primalist Invasion hidden in The Primalist Future portal in the Temporal Conflux of Thaldraszus.

During this event, you will help close portals and kill rare mobs to stop the Primalists and eventually defeat the final boss of the event. Doing activities in the Storm’s Fury will award you with a currency called Essence of the Storm. This is one of two currencies needed for the Skyskin Hornstrider.

The other currency required is called Elemental Overflow. This has existed since Season One of the Dragonflight expansion and is earned through defeating mobs and bosses in any Primalist Invasion area found on the Dragon Isles, and is also found from mobs in The Storm’s Fury.

Once you collect 150 Essence of the Storm and 3000 Elemental Overflow, you can spend them for the Skyskin Hornstrider mount at the vendor Brendormi in The Primalist Future area. She is a Dracthyr just through the portal at coordinates 60, 80 that also sells several other rewards, including some catch-up gear.

How to unlock the Storm’s Fury event in World of Warcraft: Dragonflight

The Storm’s Fury Event takes place inside the Primalist Future found through the portal located in Southeastern Thaldraszus at coordinates 59, 81 at the Temporal Conflux.

Related: What are Passing Renascence used for in World of Warcraft: Dragonflight?

In order to unlock the ability to partake in the event, you must find Zawardu on top of the Seat of the Aspects in Valdakken. He will give you the quest Storm Warning, which has you find Soridormi inside The Primalist Future. She needs your help as the Primalists there have begun to take over, and the timeline must be protected. She then gives you the quest Resisting the Storm, which has you complete the event.