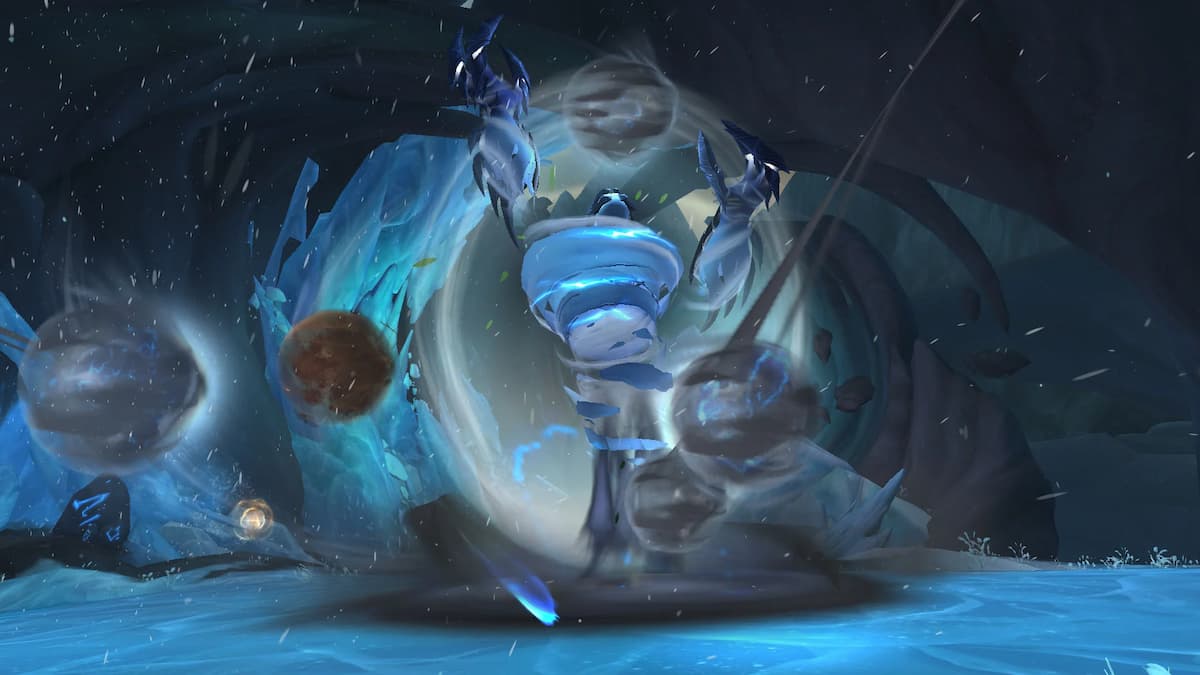 World of Warcraft: Dragonflight is aiming to increase the amount of activities to complete in the outdoor world of the Dragon Isles content. One of the main events introduced during the expansion is known as Primalist Invasions, in which certain areas of the islands are overrun by Primalist forces that need to be dealt with. There is also an event called The Storm’s Fury, which is a much harder group version of a Primalist Invasion hidden in a specific area of Thaldraszus. Here is where to find The Storm’s Fury event in World of Warcraft: Dragonflight.

How to unlock the Storm’s Fury event in World of Warcraft: Dragonflight

The Storm’s Fury Event takes place inside the Primalist Future found through the portal located in Southeastern Thaldraszus at coordinates 59, 81 at the Temporal Conflux.

In order to unlock the ability to partake in the event, you must find Zawardu on top of the Seat of the Aspects in Valdakken. He will give you the quest Storm Warning, which has you find Soridormi inside The Primalist Future. She needs your help as the Primalists there have begun to take over, and the timeline must be protected. She then gives you the quest Resisting the Storm, which has you complete the event.

What is the Storm’s Fury event in World of Warcraft: Dragonflight?

The map of the event looks very much like the Temporal Conflux area of Thaldraszus, just covered in snow and taken over by Primalists. The event is basically a harder version of the regular Primalist Invasions found throughout the Dragon Isles.

The gimmick of this event is that you will gain stacks of a debuff called Freezing, which adds a stack every five seconds. In order to counter this debuff, players must find sources to gain the Warmth buff. This is done by standing near sources of heat. These are found by players dropping usable items purchased in the area. You gain a stack of Warmth every 2 seconds while near a heat source, and each stack will negate a stack of Freezing. A heat source will also spawn where a portal is closed.

Related: Where to find the Revival Catalyst in World of Warcraft: Dragonflight

The event cycles through every five hours, and completing it once a week will reward a cache that can contain useful items and cosmetic transmog appearances.