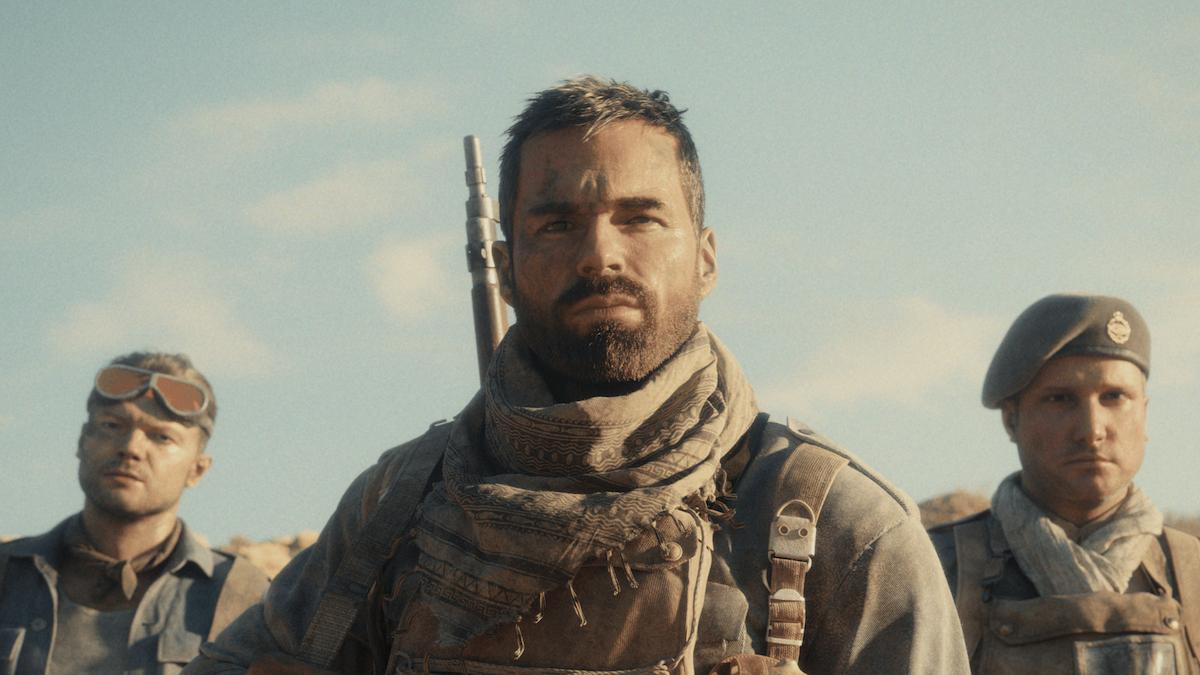 Towards the end of the Call of Duty: Vanguard mission, “The Rats of Tobruk,” you’ll be tasked with shooting a plane out of the sky. Unlike the air battles featured in “The Battle of Midway,” Riggs and his crew won’t have another plane to even the odds, so you’re already at a disadvantage in terms of firepower. If you want to unlock the “That’s Definitely Not a Knife” achievement, you’ll have to add further to your disadvantage, as the achievement requires you to shoot down this plane using either a pistol, grenade, or rocket launcher. We’ll walk you through how to best accomplish this task in this guide.

The plane will arrive after you finish destroying some tanks and ammo depots later in the mission. Occasionally, the plane will fly overhead, and this will be your best opportunity to attack it.

As far as your attack options go, we highly recommend you use a pistol, particularly the Top Break revolver that Riggs begins the level with. We tried using rockets and grenades, but hitting the plane with them is pretty difficult; you’ll have a much easier time with the revolver.

Just fire at it with the revolver when it swoops down towards you until a wave of enemies arrives. Kill them using whichever weapons you please, and resume firing at the plane with your pistol. If you run out of ammo, there’s an ammo cache outside one of the supply depots you blew up. After enough shots, the plane should go down, and you’ll unlock this achievement.