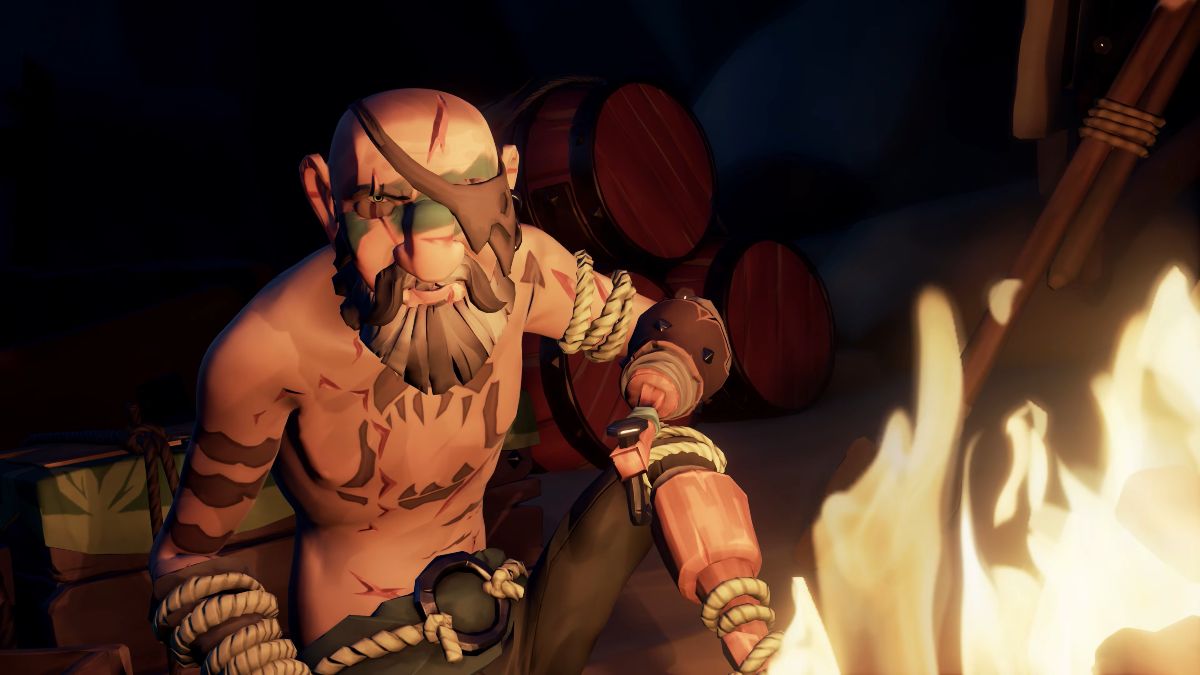 The Who Needs a Bigger Boat? Commendation in Sea of Thieves requires you to attack a Megalodon or Kraken using a Cannon Rowboat 25 times. You only have to shoot a Megalodon and/or Kraken 25 times total; you do not have to shoot 25 different Krakens and/or Megalodons. See how far you are in the Commendation by going to the Pirate Log via the menu, choosing Reputation, Bilge Rats, then Buried Treasures. Who Needs a Bigger Boat? is located second from the left in the bottom row of the first page. Here’s how you can complete it.

Finding a Cannon Rowboat and Spawning a Meg

You need to find a Cannon Rowboat before you can use it against a Kraken or Megalodon. Cannon Rowboats spawn randomly on islands (minus Outposts and Seaposts) across the Sea of Thieves. Just sail around and check each island until you find one, or steal one from another crew. After you find one, dock it onto the back of your ship facing either direction. You can do so by rowing to the back of your ship and pressing the Dock Rowboat prompt when it appears.

Once you’ve found a Cannon Rowboat, stocked its chest with Cannonballs, and loaded up on food and Wooden Planks, it’s time to look for a Megalodon or Kraken. Unfortunately, both are random spawns that you can encounter while sailing across the sea. We recommend looking for a Megalodon, as there are five different kinds, they are easier to shoot with the Cannon Rowboat, and they spawn more often. So, sail around the map while avoiding hazards and staying away from island Title Cards, and wait for the ominous music that signals a Megalodon to play.

Related: How to get the Small but Mighty Commendation in Sea of Thieves

This part is easier if you have at least one other player helping you. When the ominous music begins to play and you see the Meg, lift all of the sails so that you come to a stop, but keep the anchor up. Now, get on the Cannon Rowboat (keeping it docked) and shoot the Meg when it comes in range. Have your friend constantly turn the ship to give you a shot and patch holes if it attacks. If you’re playing by yourself, you’ll have to multitask. We do not recommend you undock the Cannon Rowboat, as this will make it more difficult, and you’re likely to agro the Meg.

You should kill at least one Meg before you can finish the Commendation, as its health/difficulty apparently scales to the size of the ship you’re on. If you’re on a Galleon, you may be able to hit it 25 times before it dies, assuming you’re the only one shooting. Regardless, keep searching for Megs and shooting them with the Cannon Rowboat until you unlock the Who Needs a Bigger Boat? Commendation. The strategy for shooting the Kraken is the same, though you’re less likely to encounter one.