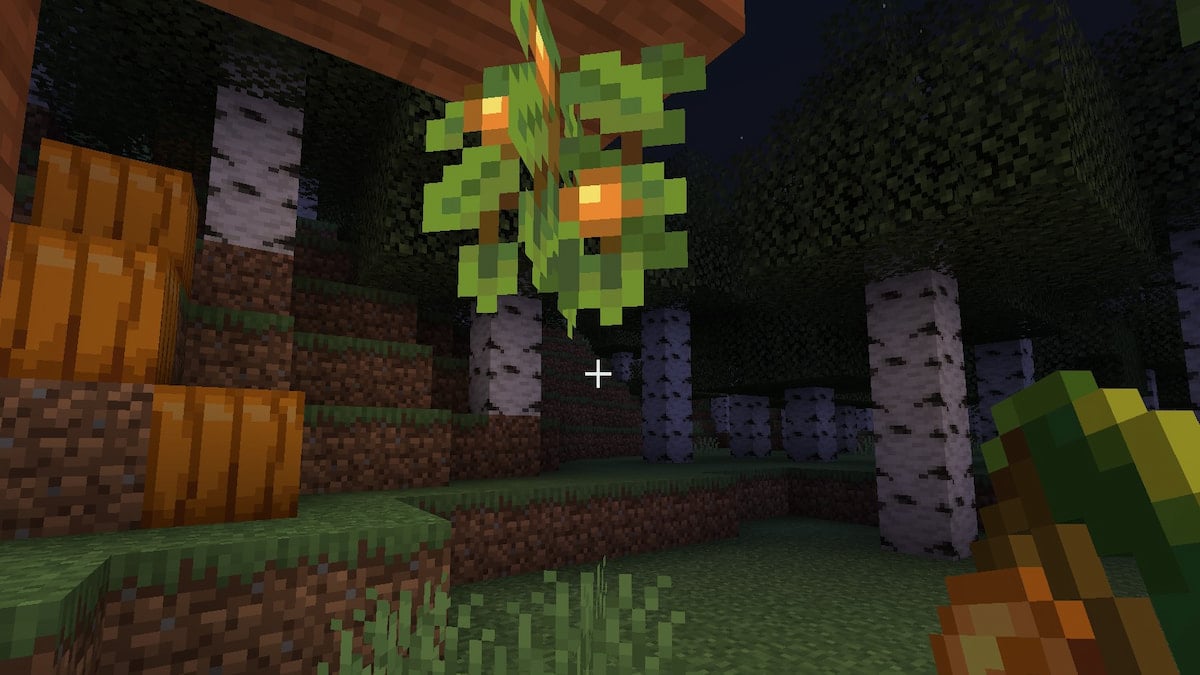 If you’re looking to add and grow glow berries to your Minecraft, there are few steps you need to follow to make it work. Glow berries can be a pretty fun item. Rather than adding a light or a torch to a room, you can place a cave vine somewhere in your base and have it grow glow berries for you. The berries light up while they’re on the vine, and when they naturally spawn in the world, they also have a distinct glow. If you’re holding the item, they do not glow, though.

You need to first obtain a glow berry. Normally, they spawn in lush caves from cave vines. However, those were not added in Minecraft update 1.17, the first part of Caves and Cliffs. Even though lush caves were not added, you can still get your hands on glow berries. You can find them inside of Mineshaft chests. You can find a Mineshaft by digging down into your Minecraft world, sometimes underneath oceans, but not as often. You’ll know you’re getting close to one by the distinct wooden pillars holding it up, along with the Orc and spider spawns that are appearing within it. The chest inside the Mineshaft has a chance to contain glow berries.

Once you have the glow berries, all you have to do now is take them back to your settlement and place them underneath any block you want them to hang from. When you initially place them down, it’ll look like a small clump of grass you have hanging from a ceiling. These are cave vines. To make the cave vines grow and spawn a glow berry, you need to give it bone meal. It gives off a bright light, and it doesn’t require any power, which is a huge plus. You can regularly grind out Mineshafts in your world to find more and add them to your home.

When you hit the cave vine, the item drops the berry, but not the vine. You can regularly add bone meal to them to spawn more berries, ensuring you don’t have to grind out Mineshafts in your world to receive glow berries reliably.