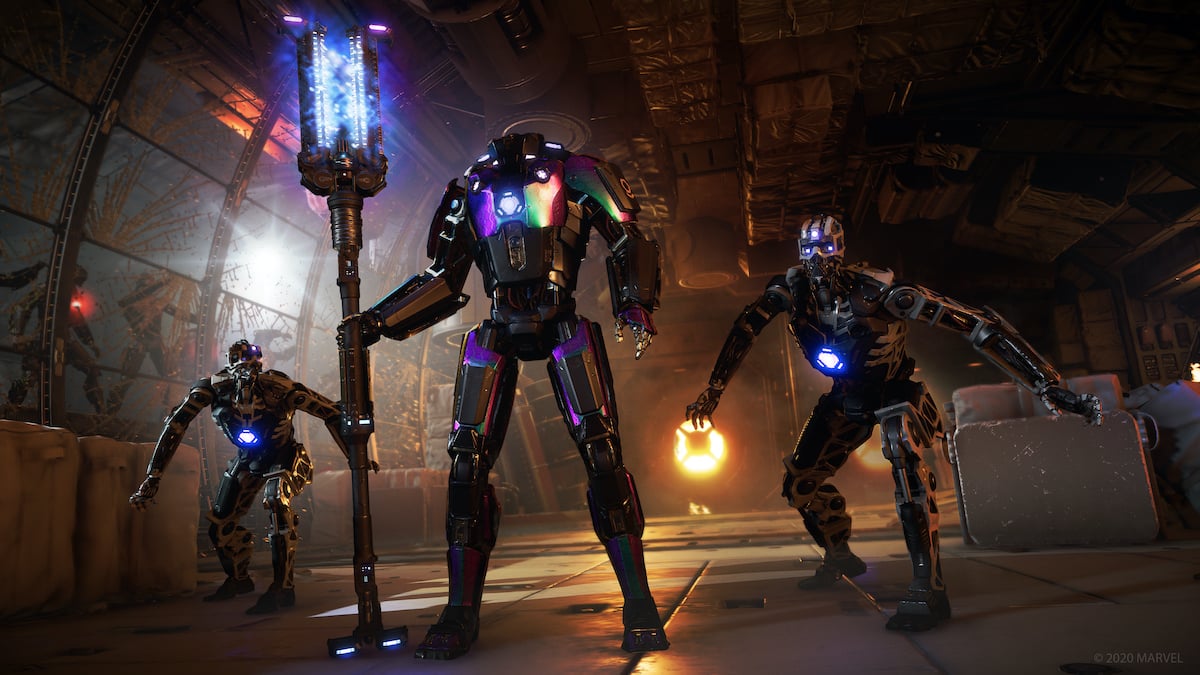 Marvel’s Avengers’ campaign missions are usually filled with combat sequences, with a few occasional puzzles. However, the game is essentially a loot-focused game, so players need to harvest a few items here and there during the campaign missions as well.

One of the campaign missions for which players need to collect some loot is the Starktech Outfits Mission. To complete the mission, you need to gather Energy Amplifiers from fallen Prime Synthoids, Optic Decoders from fallen Riotbots, and Memory Chips from fallen Synthoids. While the last two are pretty easy to find, finding Prime Synthoids is a bit tricky since they are not as common as Riotbots and Synthoids.

There are two missions where Prime Synthoids spawn. The first one is the Captain America Iconic mission, Rockets’ Red Glare. The mission is in Utah Badlands, and you can track the Captain America Iconic Mission from the menu to highlight it on the War Table. More often than not, doing this mission once should get you all the stuff you need for the Starktech Outfits mission. However, at times you might not be able to get Prime Synthoids from this mission.

If you are not able to get Prime Synthoids in the Rockets’ Red Glare mission, you need to search for the Communication Nexus Sabotage Drop Zone Mission. Prime Synthoids are very common in this mission, so you will definitely find them here. Keep in mind that this mission is on rotation, so you might not get it on your War Table straightaway. Try going to Ant Hill and checking the War Table there as well if it doesn’t spawn on the Quinjet.