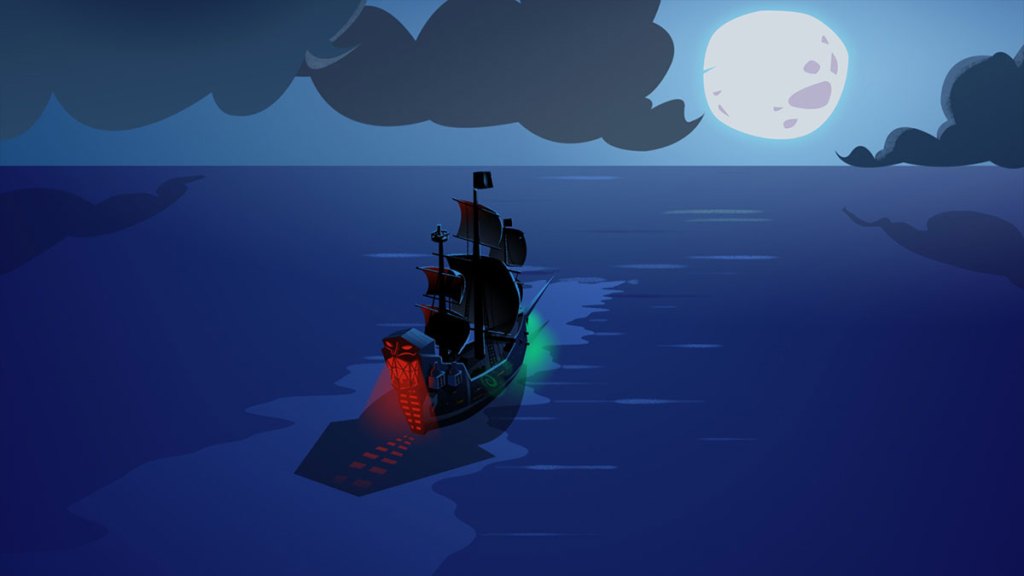 The first major objective in Return to Monkey Island is to sneak onto Captain LeChuck’s ship, but Guybrush can’t do that while looking like himself. You’ll need a mop and a disguise to pull it off. This multi-step puzzle is the first big hurdle in the game, but we can help you through the whole thing. Doing so will get you onto the ship and kick off the game’s second chapter.

Note: This guide presumes you are playing Return to Monkey Island on Hard Mode and therefore includes every step. Some will be skipped automatically if you’re playing on Casual Mode.

Related: How to find all 100 Trivia Cards in Return to Monkey Island

How to get a mop

Let’s start with the mop. If you’ve visited the Scumm Bar kitchen, then you know you can’t just take the cook’s. Head there again to get a whole spiel about how you need to make your own mop and to learn about a nightmare customer currently sitting in the restaurant. Next up is finding the Endangered Mop Handle Tree. Fortunately, we have a guy for that.

Head to Low Street and enter Wally’s map shop. Speak to him to learn that he needs a sample of Mop Handle Tree wood in order to draw you a map to the location. Before you leave the shop, grab a monocle from the display case next to Wally. They’re free samples, so exit and re-enter to grab a second one for later.

Now head across the street and enter the voodoo shop. There’s a knife and a frog sitting toward the middle. Pick up both. The frog is called a Forgiveness Frog, and you’ll need to use it to apologize to Governor Carla. However, the apology needs to be accurate, and the necessary components are different for everyone paying the game.

To get the correct information, check both the plaque on Low Street and Carla’s election poster to the left of the Scumm Bar at the docks. The former gives you the name of an island (ours was Santo Domingo); the latter tells you her election motto (ours was “hard on softness”). Open up your inventory and use your feather pen on the frog to write your apology. Address it to her and make sure you include the correct details.

Head to the Governor’s Mansion and give Carla the frog. Once you’re forgiven, you’ll be able to borrow a book from her shelf. The one you want is called “Ingredients.” Grab that and head back to the Scumm Bar. Give it to the cook, and he’ll start making food for that awful customer. He’s distracted by this, so use your knife to carve a sliver from his mop. Take this back to Wally, and you’ll get yourself a map.

We’re almost there. Head to the Forest and enter the maze portion. Consult Wally’s map for the correct path forward — this is also randomized like Carla’s apology info. Note the various flora in the screenshot above: there are carnivorous plants, purple flowers, and glowing mushrooms. Each crossroads has a path marked by one of those, so use the map to determine which one to take. This will eventually bring you to the Endangered Mop Handle tree. Use your knife to cut off a handle.

There’s just one last step to completing your mop. Go to the Shipyard, which is mostly empty. However, there’s something called a “strange mass” that you can pick up. Turns out it’s a sponge. Combine this with your handle and boom, you’ve got yourself a mop.

How to get a disguise

Now for the disguise. There’s a magical eye patch you can wear, and it’s found in the museum across from the forest maze entrance. It’s locked inside a display case, but that’s not exactly Fort Knox. Combine the two monocles in your inventory to make them extra strong, then use that to examine the serial number on the display case. If you’ve spoken to Locke Smith on High Street, then you know that this can be used to make a key. Before you leave, enter the storeroom and pick up the box of parrot food mix from the shelf.

Now pay Locke Smith a visit. Hand over the serial number you wrote down to get a key for the display case, then offer the box of parrot food mix. In exchange, you’ll be able to take the crackers sitting nearby. Return to the museum to pull off your heist. Feed the security parrot a cracker and use your new key to quickly steal the eye patch while the bird is occupied.

The eye patch is no good without its magic properties though. Return to the Voodoo Lady in her shop and show it to her. She says she needs the “bite of a thousand needles” to reactivate the magic. This might sound strange, but it’s actually easy to obtain. Remember the carnivorous plants from the forest maze? Return there and use your knife to remove the head from any one of them. Give that to the Voodoo Lady, and you’ll get your eye patch recharged.

How to board LeChuck’s ship

Now it’s finally time to set sail. Return to the docks and use the eye patch — just make sure you’re standing a good distance away from quartermaster Iron Rose when you put it on. Approach her in disguise, show her your homemade mop when prompted, and you’ll be off.