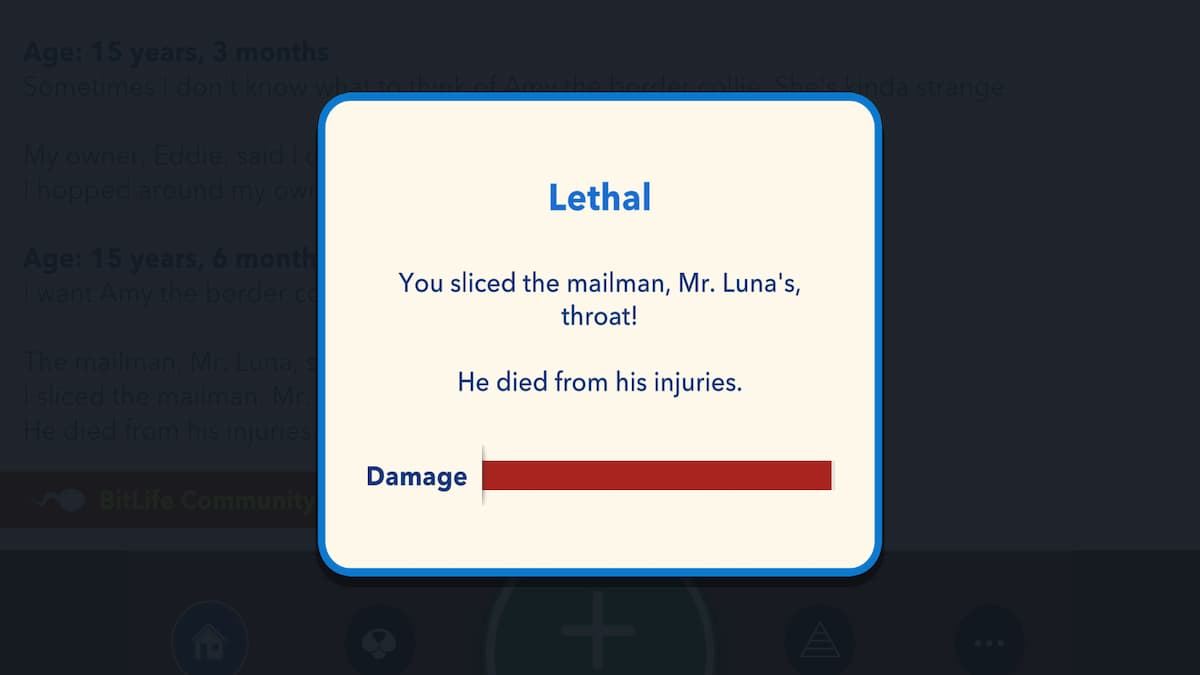 It’s no secret that one of the most famous altercations in history is between man’s best friend and the mailman. Now you can take the fight straight to them in DogLife and unlock one of the in-game achievements simultaneously. It will require a slight chance for the encounter, but here is how to unlock the Delivered to the Heavens achievement.

To start things off, start a new life and go about your day doing the critical animal stuff that our four-legged friends do in their daily life. Ideally, you will have better luck being a part of a family for the event to occur. Over time various encounters will happen, from going to the vet to maybe having an altercation with other residents of your world. Then, with a bit of luck, the mailman will appear.

From here, you have a few options. You can snarl at them, nuzzle them, or ignore them. The choice you want to go for is attacking them. When you initiate the attack, you will have a selection of moves at your disposal to inflict upon the mailman as well as the location you choose to inflict said attacks.

Once you have made your selection, a screen will appear informing you of the damage inflicted and the outcome. If everything goes right then, you will see a confirmation above the damage bar of the overall result of your attack. If you were successful in your attack and ended the mailman’s life, you will immediately receive the achievement.