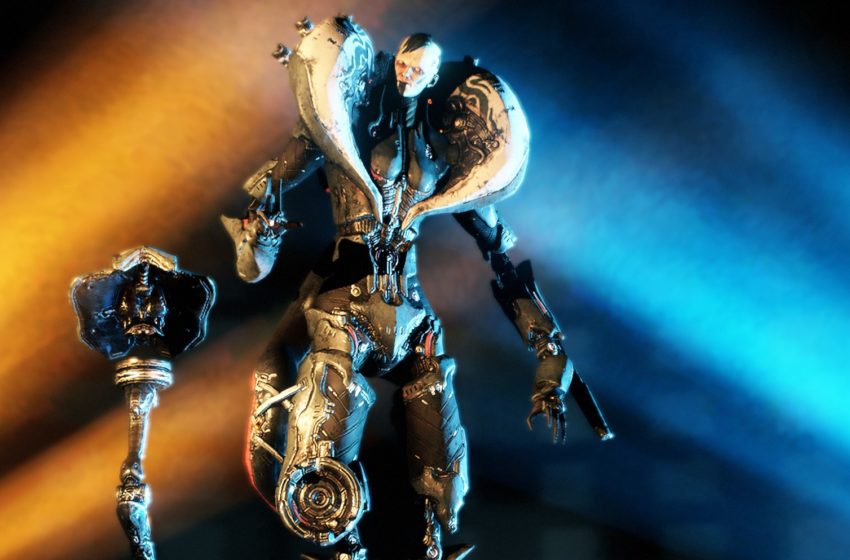 Kela De Thaym is the Grineer boss of Sedna. Like many other boss fights in the game, it is broken up into a few distinct parts, and Kela will drop parts of the Saryn Warframe upon death.

To begin the fight, you will need to have 25 Judgement Points that you can get from fighting in the Arenas on Sedna. When you load into the mission, just run to the waypoint to start the boss fight.

The first stage is about getting to the fight, and you will need to deal with a mild puzzle. You will enter a room with four glowing pads on the ground. There will be one of them lit up for each member of the squad. Everyone must stand on the pads to cause the circular panels on the wall to spin, and you will need to shoot the glowing green lights behind them at the same time as the rest of the squad. Bringing a weapon like the Ignis will make this pretty trivial, as the weapon will ignore the shielding and punch through to hit the target.

When you get them all, the floor will rise up, bringing you to an arena where Kela is. Damage her to the point where she has lost one third of her health to move the fight into the next stage.

Kela will hid behind a barrier while she calls in Orbital Strikes. These hurt, very badly, so should be avoided at all costs. Once again, you will need to do the same spinning wall puzzle, and all the while more Orbital Strikes will be falling. Get through this portion as fast as possible.

Kela will return when you get them all, put is far more mobile this time. The fight will once again progress when she losses one third of her health.

The rest of the fight is just repeating the section where you dodge the Orbital Strikes and take out the targets on the wall. Once that it done, you can fight Kela for the third time, only this time she will be right in your face, so strong melee weapons are a great option for this last section.