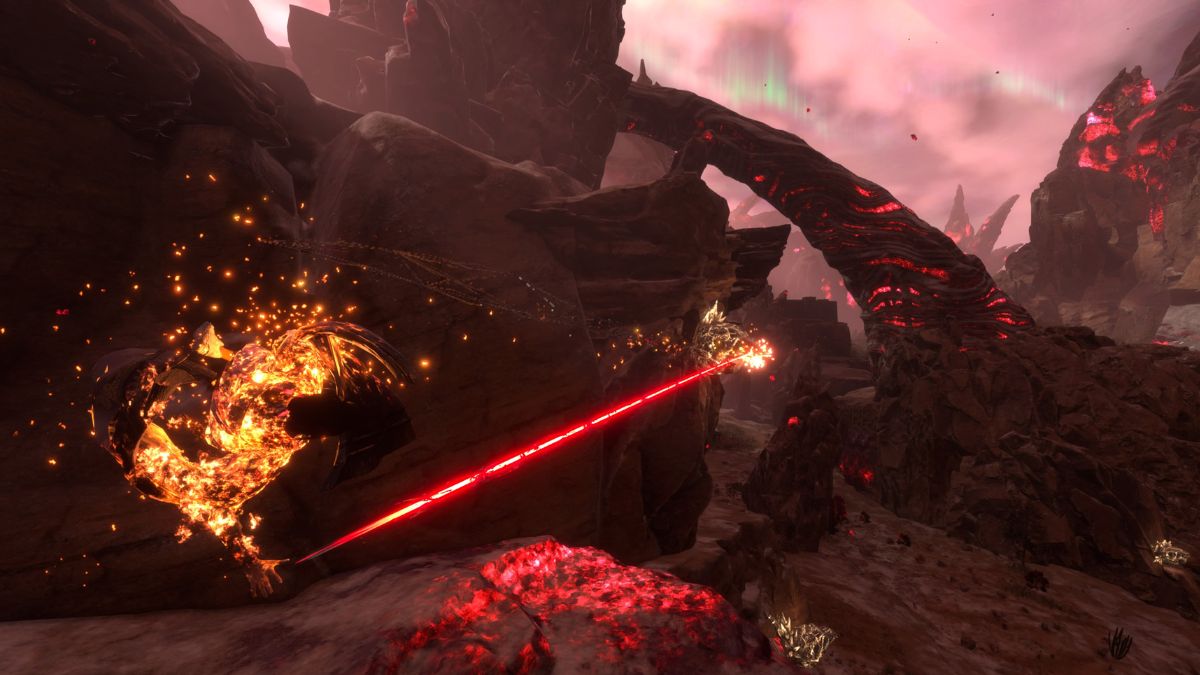 Traversing the world of Forspoken is like a dream. You fly past landmarks, enemies, and chests at extreme speeds and climb cliffs like they are nothing. Of course, early on in the game, you won’t be traveling the world quite as quickly. There are plenty of cliffs that you will see that you won’t be able to climb, and you’ll also see strange yellow rocks sticking out of the environment that look like grapple points but don’t work just yet. Below, we will show you how to start using those anchor points in Forspoken.

How to interact with the yellow rocks in Forspoken

After you set out into the world beyond the city of Cipal, you will notice some strange yellow rocks and spikes sticking out of the environment. While you may be tempted to try and interact with these, you will fall every time. This is because you need a specific spell to use these anchor points and the spell comes with your second spell set. Of course, to talk about that, we’ll need to get into some slight spoilers, so be ready for those below.

The first major enemy of the story is Tanta Sila who resides in the farthest reaches of the Praenost region. Once you reach the castle, you will fight Tanta Sila. After the fight, Frey will absorb Sila’s powers, granting you a new spell set and access to the Zip spell. This spell allows you to attach yourself to ledges and pull yourself to them using a magical grappling hook.

Related: How to claim preorder bonuses in Forspoken

To activate the spell, you simply need to press the square button on PlayStation. This will allow you to do a quick maneuver to fling to a nearby ledge or anchor point. If you want to control where you attach the Zip spell, hold down the square button to slow down time and have a reticle appear that you can use to aim. Attaching the spell to a stubby rock will launch Frey into the air while attaching the spell to a longer spiky rock will cause her to fly forward. The Zip spell opens up tons of new possibilities for both world traversal and combat.