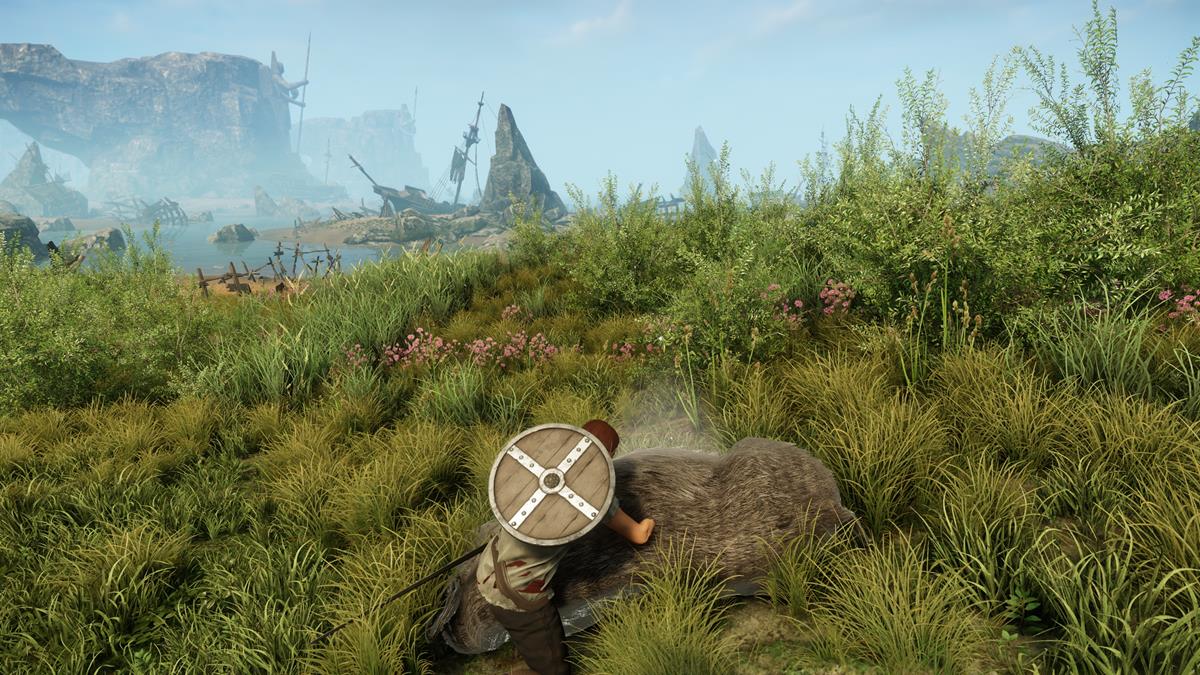 Skinning is one of the basic Trade Skills that you’ll learn in New World. It’s very important, as it not only helps you acquire materials for crafting, but also ingredients for cooking. Here’s our guide to help you level up the Skinning Trade Skill in New World.

Equip the tool in the relevant slot of your inventory. Then, go ahead and attack a wild boar near the area. Once it’s dead, press the “E” button to begin skinning the animal. This process usually takes a few seconds, though you don’t need to keep the button held down. Just avoid moving around or getting hit by other enemies since this will cancel the animation.

When you’re done, you’ll receive pork and rawhide. The former is used as an ingredient for rations and the latter is for basic crafting recipes related to gear. Apart from low-level boars, you’ll also be able to skin turkeys, pigs, cows, and wolves, at least during the early stages of your adventure in New World.

Much later, as you keep repeating this process, your Skinning Trade Skill will continue to level up. In turn, you’ll be able to hunt tougher creatures for rarer materials. Likewise, don’t forget to check the durability of any Skinning Knives that you create or buy. The more you’re out there farming, the faster your tool will lose its durability. You’ll have to repair it or purchase another one. Lastly, don’t forget to take a look at our New World guide on crafting. It should help you when creating new items using the resources that you’ve gathered.