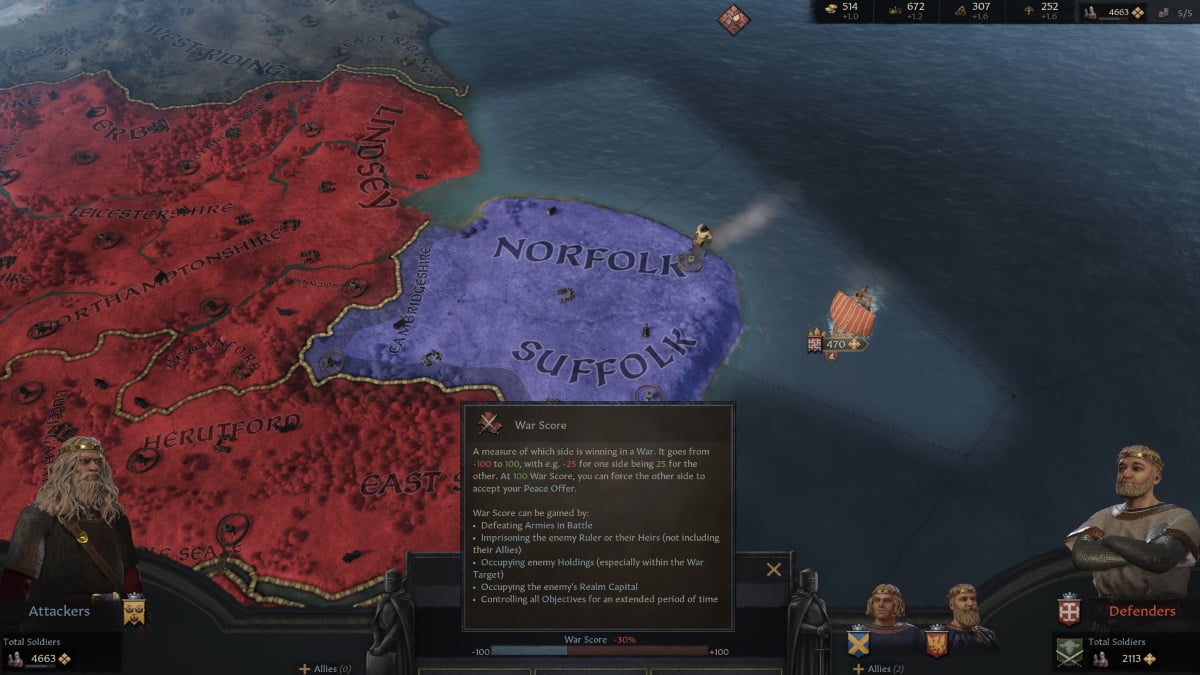 When expanding your empire in Crusader Kings 3, the more locations you have, you may need to battle to assist other rulers in your alliances or defend against invading armies all over the world. It can take you all over the world. Usually, when you first start and call your army, they meet at your first province and defend your territory. Over time, that location may move further and further away from where you need to find. Rather than having your army start there, you change their location by redirecting their rally point.

A rally point is where your soldiers go when you raise your armies. You can see your military’s rally point(s) in the military tab on your UI’s right side, represented by the pair of swords over shields. Click it to bring it up, and on the bottom, there should be a red flag. That is your primary rally point for all your drops. Double click it to go directly to that location. Whenever you raise your armies, raiders, or champions, they start at this location.

When you click on the red banner, a new tab pops up on your UI’s lower left. It details the rally point, showing how many levies show up there, and how many are champions and men-at-arms. You can move this rally point by clicking on the gold arrow at the bottom of this pop-up. All of the valid locations on the map will be green, and the red province is the rally point’s current location.

Next to the red banner on the military tab are small plus signs. These are additional rally points you can make in your provinces. By creating multiple rally points, you create various locations where your army can raise and move. For example, if your primary realm is in England, and you have a province in Sweden, and a war starts there, you can create rally points in your Swedish counties. That way, not all of your armies have to cross the seas to defend or attack those enemy nations. You can do this all over the map, so long as you control that province.

Creating multiple rally points is an excellent way to create raiding parties to gain loot and prestige where you usually could not.