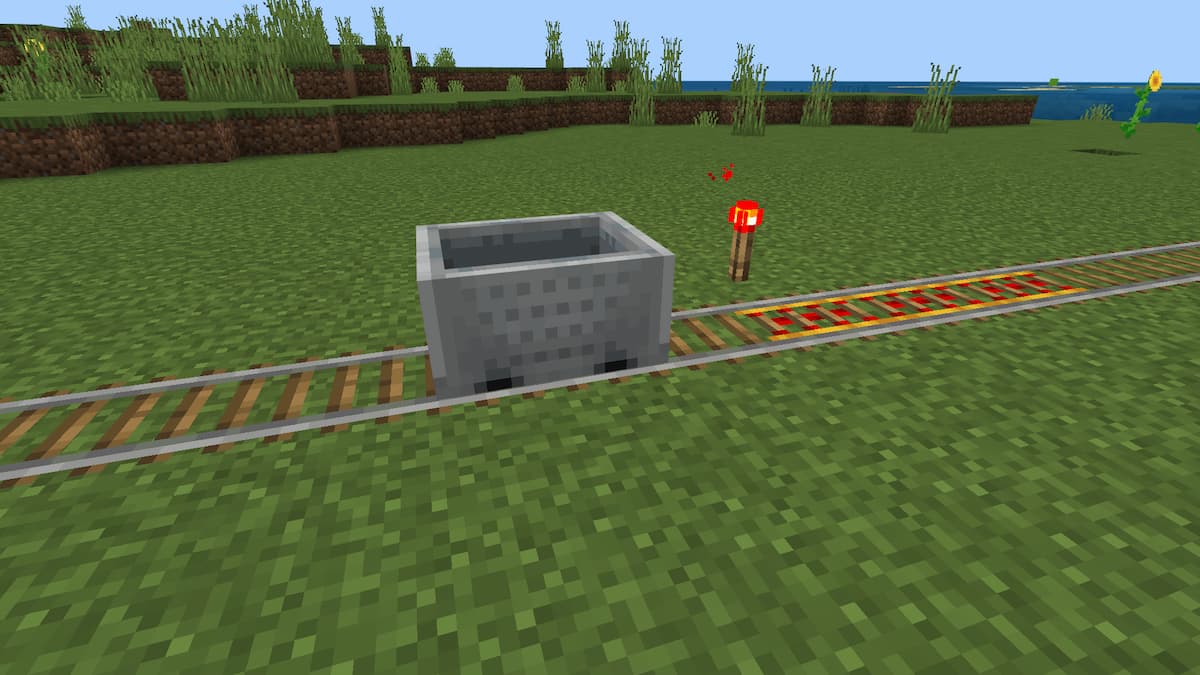 If you are making an expansive world in Minecraft, you will likely want to set up a railway between locations. A train can help you get to various locations much faster than on foot, saving you plenty of time. However, setting up a railway to take you from point A to point B in a Minecart is going to take a bit of preparation. Here is how to make Rails in Minecraft.

Related: How to find Woodland Mansions in Minecraft

How to craft Rails in Minecraft

Before you can make any Rails in Minecraft, you will need at least one Stick and six Iron Ingots in your inventory. Iron Ingots are obtained from mining Iron Ore blocks with a Pickaxe and then smelting them in a Furnace.

After you have gotten the resources, you can create some Rails by going to a Crafting Table and inputting the Rails recipe. For this, you will need to place the Stick in the central slot, with the Iron Ingots being placed in the top left, middle left, bottom left, top right, middle right, and bottom right slots. When done, move the completed bunch of 16 Rails to your inventory.

How to craft Powered Rails in Minecraft

With the Rails in your hand, you can place them on top of blocks and connect them before placing a Minecart on top. Unfortunately, to get the cart to run freely on its own, you will need to create Powered Rails by replacing the Iron Ingots with Gold Ingots and putting a Redstone Dust piece in the middle bottom slot of the crafting recipe.

You can then activate those rails with a Redstone charge to make it push Minecarts in whatever direction they are headed. You may need more Powered Rails for when going up slopes, but placing one Powered Rail between about 10 normal Rails on flat ground will keep the Minecart moving steadily.