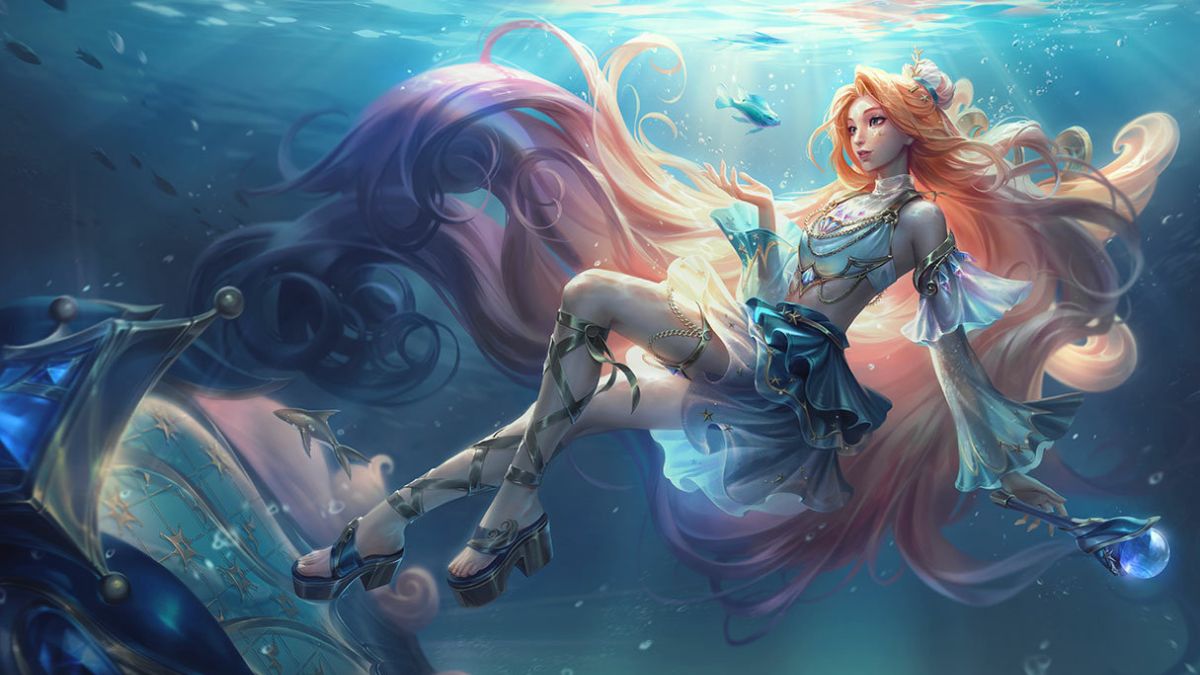 Team builds are the name of the game in Teamfight Tactics. After all, you can be the smartest economist and wisest reroll guru, but if you don’t know what builds are good, you won’t get too far. This season, the builds have been unique and wild, creating new odd combinations you might’ve never thought of. And today’s hot build? The Pool Party build. Here is how to create the Pool Party build in Teamfight Tactics.

Related: How to build Lux in Teamfight Tactics (TFT)

This build doesn’t just follow one trait and run with it. Instead, the Pool Party build is a mix of a handful of traits and classes. The main purpose of this team is to incorporate three of the strongest in-game units into one build: Seraphine, Graves, and Pantheon. Buffing these strong units, this build makes these juggernauts into game-winners.

Start off with an early Lagoon build. You want to have three Lagoon so you can begin getting Lagoon loot and perks nice and early. In an ideal world, you want Leona, Taliyah, Zac, and Kai’Sa. However, if you’re struggling with those, you can switch out a Kai’Sa for a Malphite, or for another Guardian or Dragonmancer. The point is, get your team nice and balanced between damage and defense early-on.

This is where your team starts taking form. While you may not find all of your major units yet (Pantheon and Graves likely will be later down the line), you can find Seraphine, Zeri, and Rakan to replace your weaker Lagoon and Guardian units. Seraphine in particular is important because she’ll be the focal point of keeping your build together until you get some extra firepower.

If you can get the Pool Party build to work as it should, your most important champions will be Zac, Seraphine, Zeri, Pantheon, and Graves. Zac and Pantheon will hold the front line while the other three do damage. If you can, you should put all your best items on these five units. Now, their strength levels may switch depending on the items you get and the level of a given unit. For example, the perfect Titan’s Resolve and Edge of Night on a two-star/silver Graves could be your superstar damage dealer in one game. However, he might be kinda flimsy if you one ever get one bronze Graves. Menawhile, in another game, you could get a three-star/gold Seraphine with a Spear of Shojin’s and Morellonomicon and drown the enemy with her. Adapt to what the game gives you.

The most important items for Pool Party build

In a perfect world, Seraphine will carry you through the mid-game into the late-game. So, the most important early items are the ones that make her stronger. Collect Needlessly Large Rods and Giant’s Belts early so you can put her Morellonomicon on her early and get a lead on your opponents.

Similarly, Spear of Shojin (another Seraphine staple) is a great item to get early. Other great items to prioritize are Protector’s Vow and Titan’s Resolve (for Pantheon and/or Graves) and Zeke’s Herald (a great Zeri item to boost the attack speed of the entire backline).

How to position your board for Pool Party build?

Where lines and corners used to be all the rage, the best positioning for this Pool Party build is a central triangle. Put Zac forward as your point man, forcing the enemy frontline to focus on him. Then, place Pantheon behind him, with units like Seraphine and Rakan next, and then the backline Zeri, Graves, and others last. There may be some variation in this formation depending on how your game goes. For example, if you have a lot of extra units, your triangle could look quite squat.