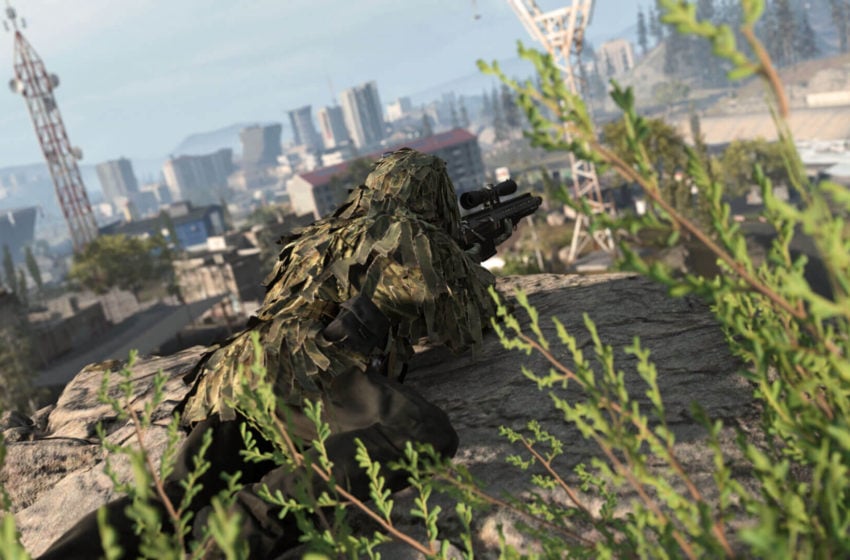 There are a plethora of ways to play in Call of Duty: Warzone battle royale. You can take the role of an aggressive SMG/AR player, utilizing guns like the Fennec or Kilo-41 to your advantage. However, you can also assume the role of a sniper, in which you pick off enemies from a distance. Though, snipers in Warzone aren’t as cut and dry as hiding on rooftops or bushes.

Of course, the primary use for snipers in any battle royale is eliminating enemies from long range. The big scopes and range attachments on most snipers help in this department. Although, you can fill the same role with an assault rifle that has also has a big scope.

That said, to play as a sniper in Warzone, you must know when to sit back and scope in from a distance and when to push in and try to quick scope enemies. You’ll also need the correct loadouts, which we’ve already done for the HDR sniper.

In Warzone, you need to find the correct balance between the aggressive and laid-back playstyles. Sometimes, like when you’re trying to complete a contract or third-party a team, it makes sense to rush. A sniper can be a great tool for this, as it can one-hit K.O. enemies with a well-placed headshot. Of course, using a sniper at close range isn’t the best option, but it’s a fantastic tool from shorter to medium ranges.

Picking off enemies as they cross the street or maybe getting to a vantage point on a short rooftop is precisely how you need to play with a sniper in hand. Trying to quick scope enemies from five feet away can earn you some cool clips, but will most likely end in you getting downed.

As for playing at longer ranges, this all depends on where you are on the map. In some areas, like downtown, getting on a huge building rooftop can yield success. After all, you’re much harder to hit than the enemies you’re shooting at. However, this does leave you vulnerable to helicopters, and it can be tough to see every player who might be aiming at you.

All in all, playing as a sniper in Warzone comes down to where you are and what the circumstances are. You can customize your loadout to maximize one playstyle over the other, but you still have a sniper in your hands at the end of the day. Remember to not rush closely and get to vantage points whenever possible, and you’ll be piecing enemies in Verdansk in no time.