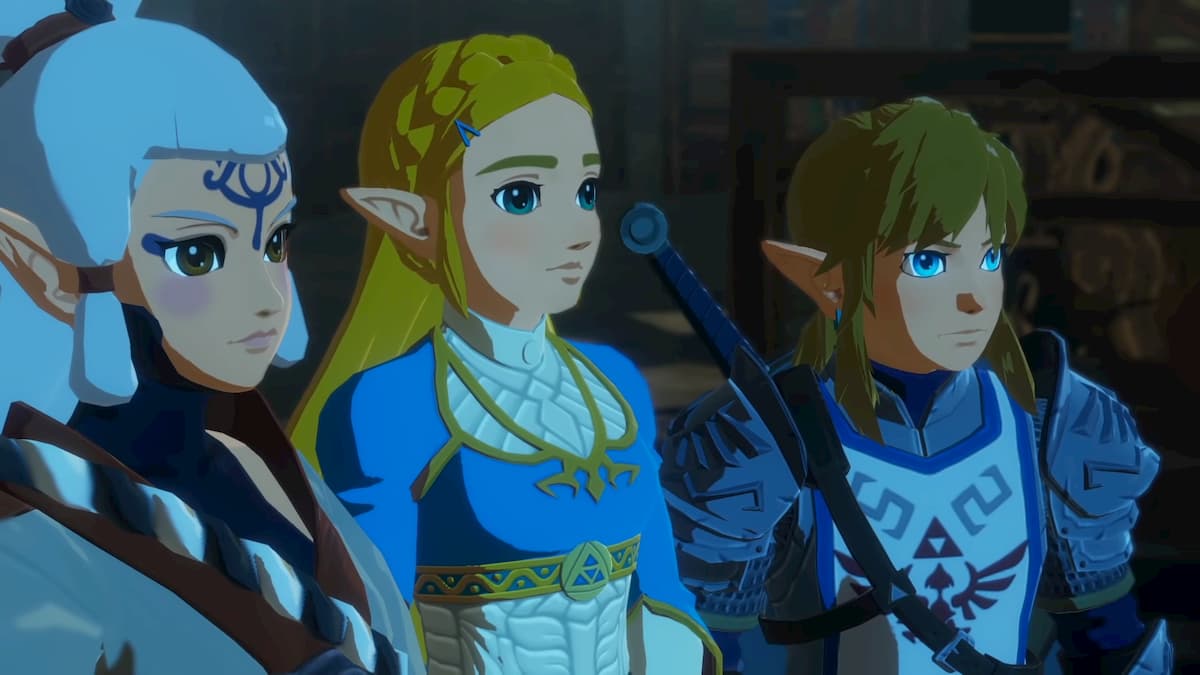 First off, you’ll need to finish in full the first mission in Chapter 1. This will give you access to the map, as well as various missions and objectives. Now, you will need to go to the Road to the Ancient Lab mission, and go to its beginning. Here, you will find a cutscene where the Guardian travels through time and attempt to take out Zelda, who is attempting to meet Robbie at the Ancient Lab.

After this cutscene, defeat the horde of Moblin in order to clear the path for Zelda to pass and evade the Guardian. Once this is completed, a new cutscene will appear, in which the Guardian attempts to trap and take out Link, Impa, and Zelda. Upon completion of this scene, Zelda will state that she wants to fight back, and this will promptly unlock her character. If you want to play as Zelda, all you’ll have to do is either press down on the left pad, or pause the game and select her by hitting Y.