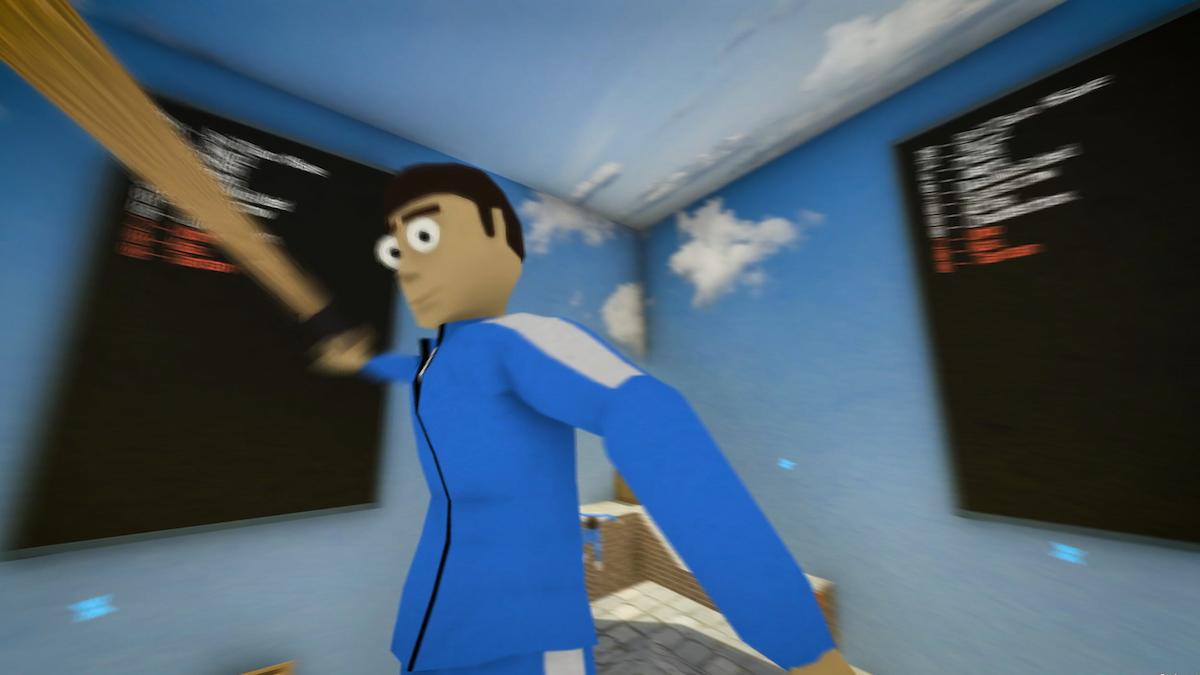 Bustling Buttons was added to Crab Game as part of the title’s first content update. Like every other minigame in Crab Game, it’s pretty deadly, but it differs in that it’s not at all focused on movement or combat. It’s purely chance-based. This guide will break down how this new game mode works and also tell you some things to keep in mind when taking a gamble in this mode.

Bustling Buttons is a game of chance. Five buttons are available to press, one is rigged to explode, and players take turns choosing a button to press in the hopes they don’t click the rigged one. Each time a non-rigged button is selected, it’s removed as an option, which simultaneously decreases the number of buttons one can choose from while increasing the chance that someone will choose the rigged button on future turns. However, when someone finally hits the rigged button, all five buttons will become selectable once more as a new button becomes rigged.

Turns are randomly determined, and you can see who is up via the monitor behind the buttons. When someone takes their turn, you’ll also see a timer on the monitor, which indicates how long they have to take their turn. If they don’t choose before the timer runs out, they’re automatically eliminated.

There’s not much strategy to this game. If it’s your turn, you walk up to the stage, press a button, and hope you don’t blow up. There’s no way to tell which button is rigged nor alter the order you’re going in. If you’re going first or following up someone who got blown up by the rigged button, count yourself lucky; you have the most options, so statistically, you have the highest chance of survival. If you’re going later, all you can do is hope for the best.