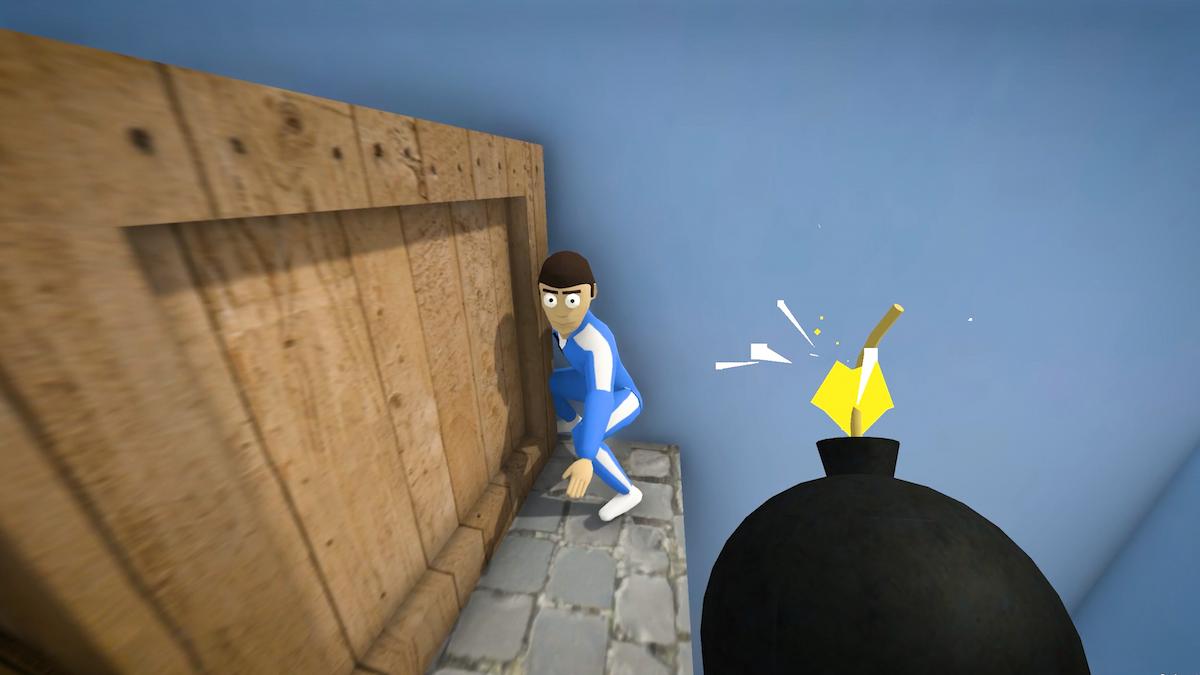 Crab Game’s Bomb Tag minigame has largely the same premise as the game’s regular Tag minigame, but with one explosive twist: Those who are “it” will carry a bomb. Your goal here is to end the round bomb-free, because if you’re still holding it when the timer hits zero, you’ll immediately get blown up. This guide will give you a few tips on how to avoid that grave fate.

Since the game is very similar to Tag, you’ll want to use any of the strategies you’ve found success with while playing that game mode. In our experience, staying in high places seemed to boost our chances of survival in both game modes, so we recommend you search for the nearest ladder upon spawning, provided you’re not “it.” If you are “it,” hunt down the nearest unsuspecting player and then proceed to an elevated position.

As with any game mode where you have to avoid other players, we recommend you use diagonal speed-boosting while on the ground. This can be performed by holding down the sprint key (shift) while moving diagonally (W + A or D), and then repeatedly jumping (space bar) while moving. You’ll be able to get places much faster using this, and it makes you a lot harder to catch too.

Additionally, if you’re playing with voice chat on, remember to be quiet. Since Crab Game features proximity chat, simply speaking into a live microphone can give away your position to those with bombs. In a game like this, you want to draw as little attention to yourself as possible, so it might be a good idea to mute your microphone for this one.

One final note: While the game’s rules do state that the bomb explodes upon the game’s end, we have encountered a glitch where a bomb exploded prematurely while there were still over 30 seconds left in the game. Unfortunately, there’s not much that can be done to prevent this, but Crab Game developer Dani has stated before that more updates to the game are on the way, so one can only hope that this issue will eventually be addressed.