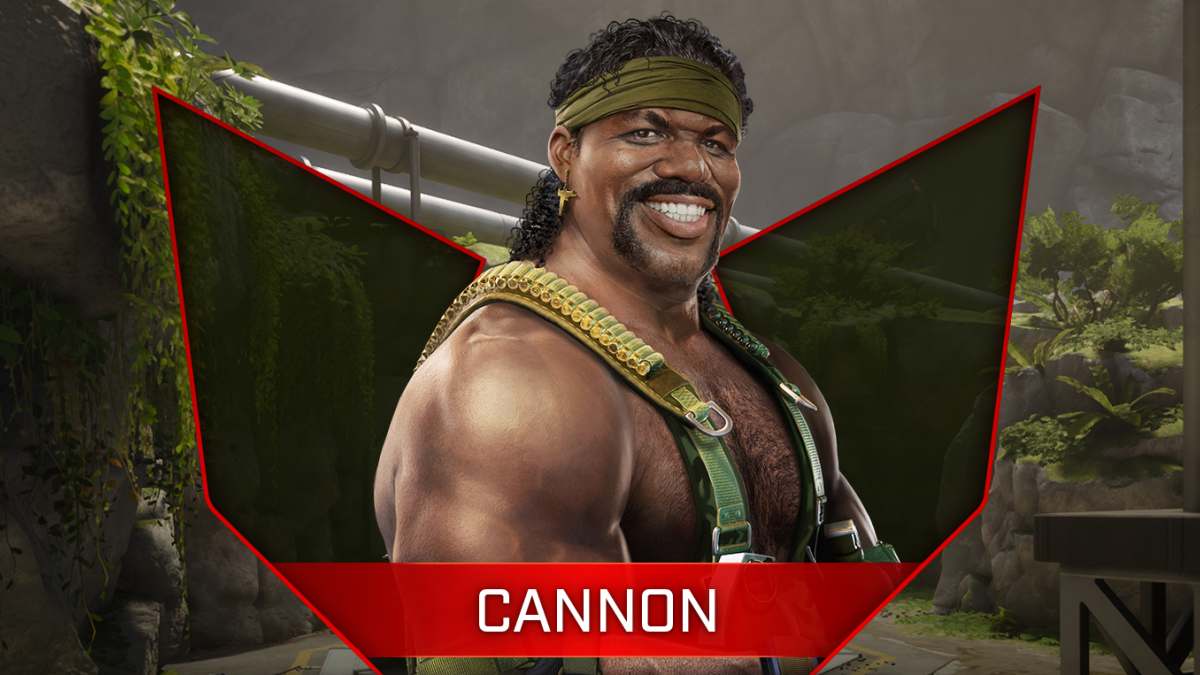 Cannon is the latest new character in Rogue Company. This Defender class Rogue isn’t particularly original or interesting, but he has a strong objective control kit and there’s nothing wrong with that. This quick guide will walk you through everything you need to know about Cannon in Rogue Company.

Cannon has access to the Assault Rifle and Sniper Rifle weapon classes. Notably, his secondary is the LW6 Revolver, which was, until now, exclusive to Dallas. For gadgets, he has access to the C4 explosive and the Adrenaline Shot. Cannon’s melee weapon is a brand new addition to Rogue Company: the Sledgehammer. It has the same swing speed as Mack’s Claymore, swinging slightly slower than most melee weapons in the game, and it has the lowest throw damage in class. Both melee upgrades increase swing damage potential, emphasizing further that this is not a throwing weapon.

When he uses his ability, Cannon equips a heavy Gatling Gun which can be mounted on cover and gains increased fire rate the longer it’s continuously fired. The Gatling Gun doesn’t have an ammo counter and is on a timer instead. Cannon’s passive ability, Conflict Connoisseur, allows him to extend its duration. When mounted, the Gatling Gun gains increased accuracy and fire rate, and Cannon stands behind the weapon’s gunshield, becoming a tougher target.

Cannon’s passive ability is Conflict Connoisseur: each shot that hits a target has a small chance to restore ammo to the weapon’s magazine, or extend the duration of the Gatling Gun by a small amount. This ability applies to shots that hit enemy gadgets and deployables, not just Rogues.

Cannon looks cool and has an interesting background (a wrestling fan turned army Ranger turned professional chef), but his gameplay design is about as phoned in as you could imagine from a gunner named after a gun. Cannon’s passive ability allows him to keep the fire key pressed for longer without running dry. His active ability gets better the longer he keeps the fire key pressed. You should already have a good idea of what this Rogue is about.

As you can imagine, the Gatling Gun has the highest body DPS of any weapon in the game. However, that doesn’t mean you should be running around with it and chasing kills. Cannon’s role in Rogue Company is Defender, and that’s what he does best. He is great when he manages to set up on objective and watch angles. When his Gatling Gun is mounted, Cannon gets improved damage output. It also adds protection and makes him difficult to dislodge. That is unless someone on the opposing team can hit him with an EMP grenade, which would instantly wreck the Gatling Gun. EMP grenades got buffed in Cannon’s release update, and now cancel duration-based abilities instantly, and reward $250 for each destroyed deployable.

The best Rogue Company weapon for Cannon is the KA30, as it’s a flexible choice for mid and close range and its high magazine size synergizes well with Conflict Connoisseur. Cannon’s priority perks are Life Drain and Headstrong.