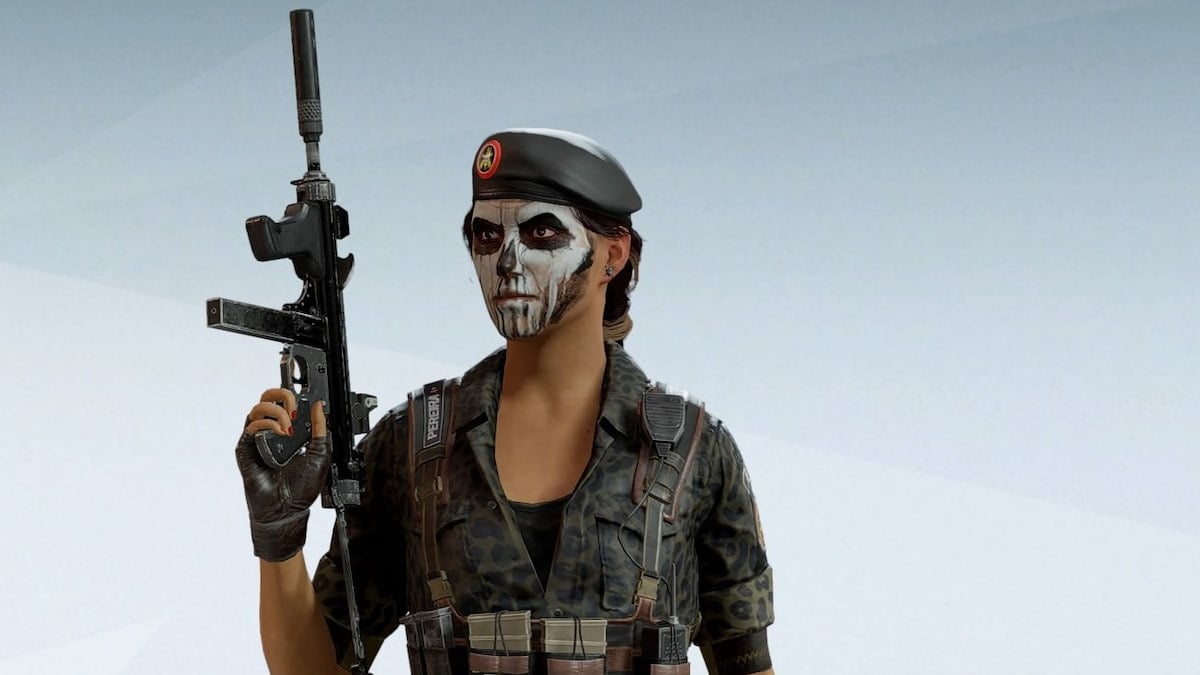 If you’re a Rainbow Six Siege player who typically find themselves abandoning objectives to hunt down enemies, you may find the elusive Caveira to your liking. As this defensive operator doesn’t have anything to contribute when protecting the objectives, she mostly thrives from hiding out in common entryways and ending enemies without a sound made. If this ghost of a character sounds like a perfect fit for you, here’s are the best routes for success with Caveira.

Caveira is one of the fastest characters in the game, sporting a three out of three Speed rating in Siege. This factor makes her Silent Step main ability more lethal, as it allows her to rush around each map unheard. However, there are some setbacks to using this move. Firstly, players will only be able to wield her suppressed Luison pistol when it is activated and the ability wears off after about 15 seconds.

To counteract these weaknesses, we strongly recommend pulling out your primary weapon before firing upon an enemy. The Luison does have the potential to eliminate others with one shot, but its recoil is incredibly tough to control. Additionally, always equip the Proximity Alarms when using the character; when placed, these will ring loud to the entire map when the opposing team is near it. This is when you will activate the Silent Step ability and dash over to the alarm with ease.

Aside from the Luison, it’s most beneficial to have the M12 as your primary weapon. Even as a submachine gun, it has a surprisingly low level of recoil and is perfect for all the up-close encounters Caveira gets herself into. Continuing the stealth theme, the M12 should bear attachments such as the Suppressor barrel and Laser underbarrel for maximum silence and accuracy.

The weapon’s optic is completely up to you, as the only difference between these 1.0x scopes are their reticles. That being said, we have found the gun’s aim down sights time to be much faster when using its iron sights.

Best tricks for succeeding as Caveira

As you won’t be playing near the objective with Caveira, we advise starting each round by dropping the Proximity Alarms in each corner of the house you are in. Be sure to have these on the same floor as the objective and then head to a hiding spot on another floor. We’ve found the most success when waiting for the other team to trigger the alarm, then proceeding by turning on Silent Step and sneaking up on them from behind.

There are times when the opposing team can spot and shoot the alarms at a long distance. For these methods to work in your favor, you’ll need to throw these gadgets in areas people tend not to look. The best places to set the alarms are typically within bookshelves, under chairs, or on the rails of stairs, as demonstrated above.

Related: How to play Tachanka in Rainbow Six Siege: gadget, weapon, and more