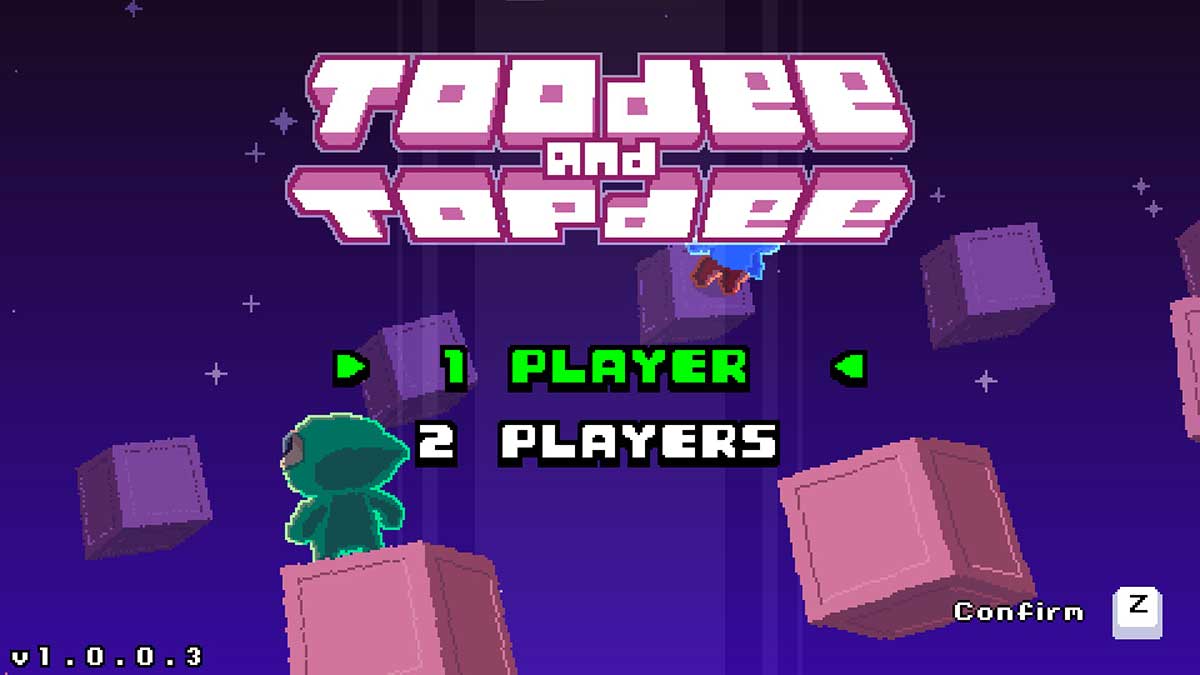 Toodee and Topdee is a puzzle platformer with a dimensional twist. While there are two characters, they each exist in a different dimension or angle, allowing them to influence each puzzle in unique ways. The game can be played in co-op with a friend, but it’s unclear how you do that. This article outlines exactly how you can team up with a friend and tackle some mind-bending puzzles.

Enabling two-player mode in Toodee and Topdee is incredibly simple once you know how. From the main menu screen that greets you once you’ve opened the game, press the “Z” key or choose to start a new game. This brings up the multiplayer menu, and from here, you can choose whether to play the game in one or two-player mode.

The advantage of playing in two-player mode is that you can solve problems together. If you’re on your own, you’re controlling both characters individually as you swap through perspectives. With two players, though, you can work with another person and bounce ideas off of each other to make puzzle-solving much easier and faster.

Once you start the game, you’ll be assigned your characters and can play through the game as you would in single player mode. To change back to a one-player session, simply navigate to the same menu and switch the game to the respective mode.