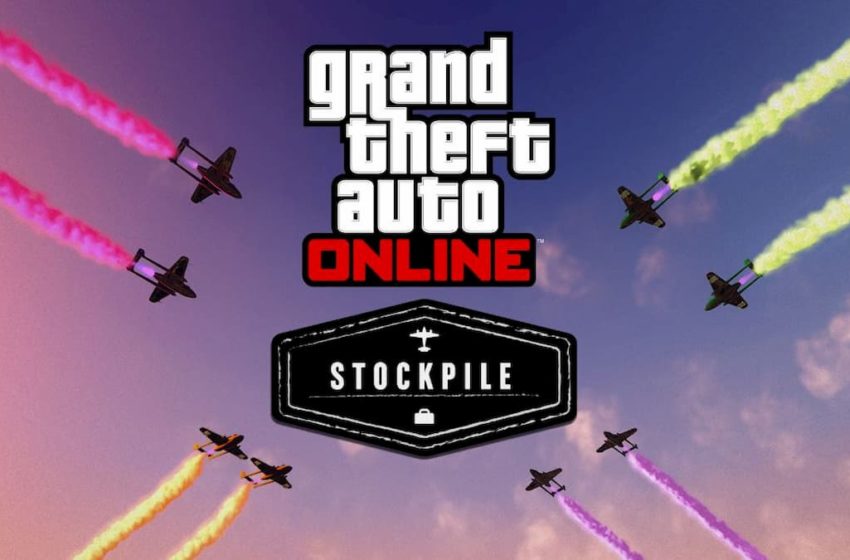 GTA Online gives you a grand and ludicrous satire of American culture that you can dwell in for years. When you’re not busy being the CEO of a criminal organization, you can relax and live your best life high up in a luxury apartment. Bored? Go out and punch a shark or something. Or play a game with your friends. Play capture the flag. Play capture the flag in planes!

Instead of being called capture the the flag: fighter jet edition, it’s called Stockpile, and you can currently get triple the amount of cash and RP for playing it in GTA Online.

How to join a Stockpile match

You can find the matchmaking tab for Stockpile by going into your online menu and then searching for Rockstar created jobs. Stockpile can be found under adversary mode. There are seven different types of Stockpile you can play, but the only difference between them is the map, and each one will earn you triple XP and RP.

How to play Stockpile

Stockpile is essentially a wild aerial-version of capture the flag. Each match will begin by putting you in a cockpit and into a team. There can be up to four teams in a given match. Each team needs to collect the most flags (in this case the flags are floating golden briefcases) and return them to their color-coordinated goal post in order to score points. The team with the most points at the end of the round wins.

Since this is GTA Online, of course your plane is fitted with some weapons. You’ll get both machine guns and guided missiles you can use to take out your opponents. By shooting your opponents, you can get them to drop a flag they’ve captured and steal it off them. You can also steal flags from enemy goalposts.

This is crucial when it comes to winning Stockpile. Matches can get chaotic quick but here are some strategies you are going to want to keep in mind:

Winning a round will earn you $24,000. Losing will earn you $12,000. That’s quite a chunk of change for just a few minutes and Stockpile can actually be pretty fun. Take advantage of the triple rewards while they last!