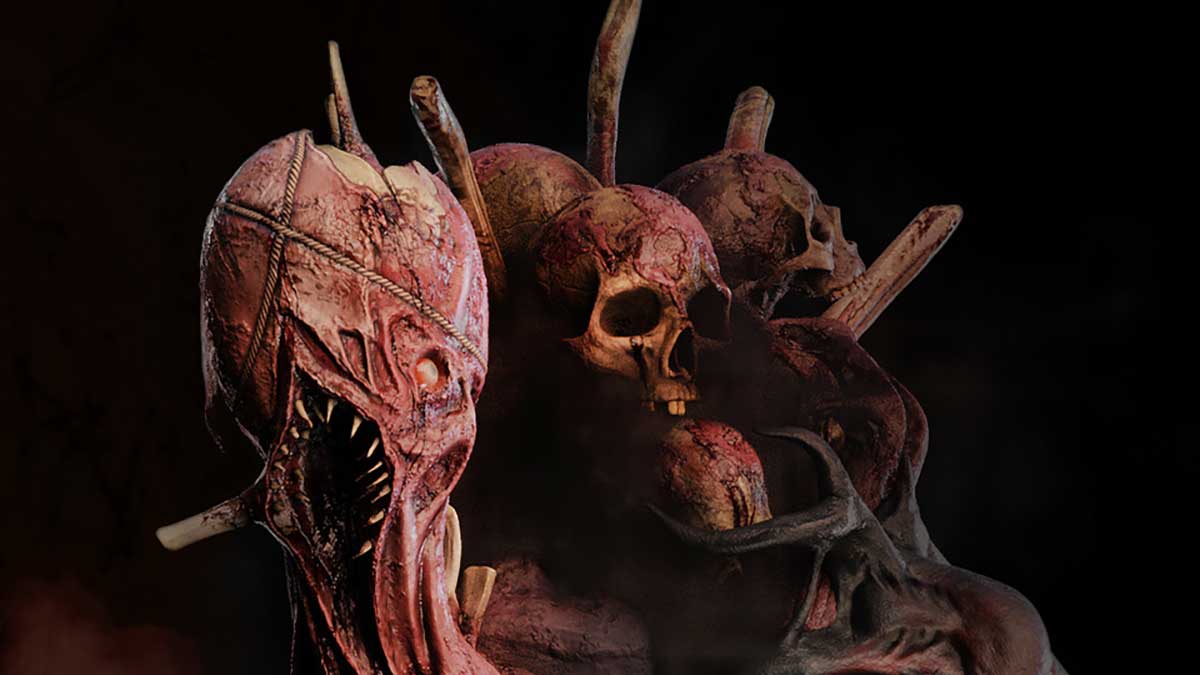 The Dredge is a gruesome killer in Dead by Daylight, more focused on traversal and tricking survivors than it is laying traps or being overly offensive. It’s a moderately difficult killer to play as, so definitely not the easiest to get to grips with. That’s why we put together this guide for how to play as The Dredge, so you know the best strategies to use, perks to pick, and much more.

Best skills for The Dredge

The Dredge is the manifestation of the dark thoughts of a once vibrant community, which is why its skills and powers are more ethereal than those of other killers. Its main power is the ability to teleport between lockers around the map. You can then exit the locker or return to the killer’s location, depending on what you find. Since most lockers are close to generators, this is an incredibly powerful ability. The Dredge’s powers are only made fiercer with its perks.

Dissolution is a perk that destroys any pallets a survivor uses after injuring them, as long as it’s within 3 seconds. This should be pretty regular, though. Darkness Revealed shows the auras of all survivors within an 8-meter radius after searching a locker. This helps show those sneaky players who might think they’ve got the drop on you. Finally, Septic Touch blinds any survivor that heals within The Dredge’s terror radius, making life extremely difficult for them. These perks inform the way you should play as this killer.

Best strategies for playing as The Dredge

You can’t play as you do with other killers when you’re using The Dredge. Despite being a moving wall of fog and bad thoughts, it’s quite stealthy. Survivors find it hard to see this killer, so you can use that to your advantage. After hooking survivors or just while waiting near generators, try to keep something between you and your goal. Even a field of corn can completely conceal The Dredge, giving survivors a boost of confidence to go in and save each other or work on a generator, opening up an opportunity for you to dive in and slash at them.

Related: How to play as Sadako in Dead by Daylight – strategy and builds

The Dredge’s teleport ability allows it to move to most lockers on the map, some of which can be extremely far away. We found it easier to teleport to a locker near a generator to check it rather than run to it. When we had a survivor on a hook, we simply ran back to the survivor to both check the area and see if we could draw out any brave players for a rescue attempt. We also noted that you could teleport to the gates at either end of the map once there’s only one survivor left. This can be useful when used correctly. If you time things right and sweep the map, you should catch the last survivor before they run out and away from your grasp.

Lockers are usually a safe place for survivors. You can hide in one, hope the killer opens another, and then run away. However, The Dredge can seal every locker on a map once per match. This means that survivors won’t be able to get in unless they unlock it first, slowing them down and ruining any tactics they may have had.

Finally, The Dredge also has an ability called Nightfall. Its Nighftall meter grows every time a survivor is injured or hooked. Once full, Nightfall triggers automatically, casting the entire map into an odd sort of darkness. For The Dredge, everything is clear, but survivors can barely see, and it’s terrifying. This is when killers can catch out survivors and hook a few more after a quick escape attempt. We managed to get Nightfall to trigger twice in a single match, but it could be triggered more with the right additional perks. You’ll have to invest in the Bloodweb to get those, though.