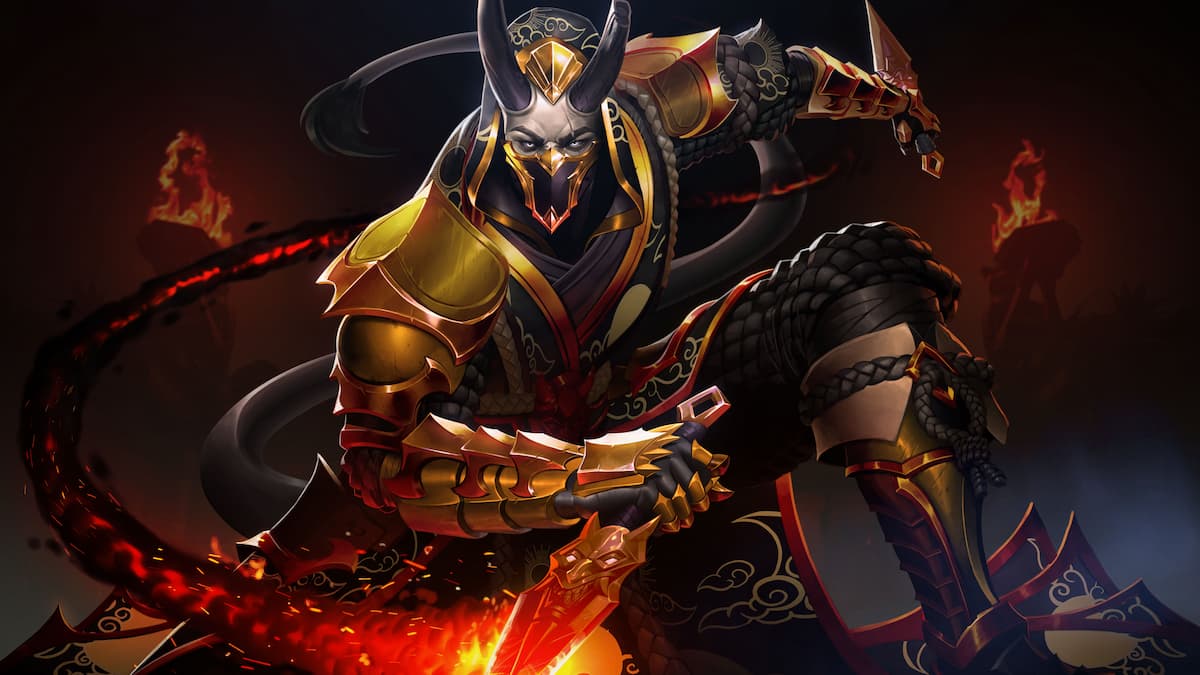 With the Shadows update, Paladins welcomed a new face (or rather, mask) to its ever-increasing roster of champions: Vatu, the Shadow. Vatu was detailed in a preview update at the start of May, and as of today, he is available to purchase and play in Paladins. In this guide, we will go over Vatu’s strengths and weaknesses, his optimal card loadouts, and some tips to help you get a hang of him.

Vatu’s ultimate ability is Nightfall. After charging for up to 3 seconds, Vatu dashes a great distance forward, dealing 800 damage to all enemies he passes through, and stunning them for 1.25 seconds. Nightfall cannot be interrupted by crowd control abilities, and its dash length extends the longer Vatu charges up, reaching maximum distance after 2 seconds.

Vatu falls under the category of “edgy ninja,” an archetype that is inseparable from the hero shooter genre. In gameplay terms, he is a highly mobile, squishy skirmisher. His role in Paladins is to flank the enemy team and pick off priority targets in their backline: their supports and snipers. To achieve this, Vatu comes stock with two separate movement abilities, which is a common feature of flank champions in Paladins. Carefully managing the cooldowns of these abilities is key to playing Vatu successfully, because he is very fragile. He has the second lowest HP pool in the entire game, and has to get very close to enemy champions in order to do his job.

Vatu is somewhat similar to Paladins champion Koga in both aesthetic and gameplay, but his primary weapon sets him apart in a big way. Vatu uses Kunai: a projectile weapon that has no damage drop-off over range and deals no bonus headshot damage. The Kunai fan out in a pretty wide arc, and they have strong projectile drop, reinforcing the need for Vatu to stay in close quarters if he wants to confirm kills.

With Dash and Ambush, Vatu makes getting close to enemies easy. However, you should try to hold onto your Dash charges until you actually need them, because they are your only reliable way to disengage from bad situations. It’s also advised that you include multiple defensive cards in your loadouts. Vatu can dish out a healthy amount of damage through his base kit and talents, but he could always use a bump in survivability.

Luckily, Vatu arrived in Paladins with a very strong selection of cards at his disposal. He can build card loadouts to support a variety of effective playstyles. Below are some combinations to consider.