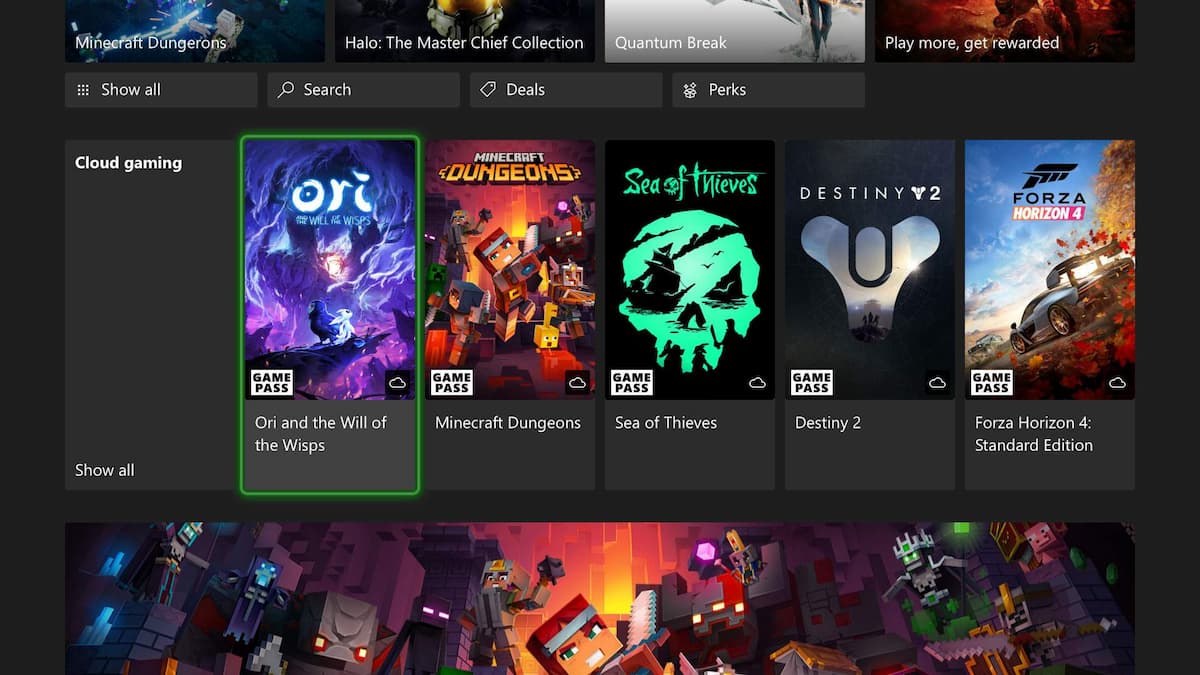 Despite being two radically different consoles, Microsoft is gracious enough to allow Xbox Series X/S titles to be played on Xbox One. Of course, dozens of titles provide Smart Delivery, lending you last-gen and current-gen versions of a game, but this feature won’t be supported for long, and some games have already opted not to include it. Thankfully, Xbox One owners still have another method to play major Xbox Series X/S exclusives; though, there are some requirements to make this work.

Titles featured only on Xbox Series X/S can run on all Xbox One consoles through Microsoft’s Cloud Gaming feature, which was added via the November 2021 console update. This addition lets players run more graphically demanding titles entirely through their Wi-Fi or wired connection — thus, you cannot download and play these select games offline. To see and experience the catalog of Cloud titles, Xbox users will currently need to have Xbox Game Pass Ultimate, but as it is in beta, that requirement may one day change.

How to use Cloud Gaming on Xbox One

If you own Game Pass Ultimate, head into the service’s long list of available games on your Xbox One. All titles compatible with Cloud Gaming display a cloud logo in the bottom right of their cover art. From there, click on your desired game and click on the “Play” tab near the Install option to run it. At the time of writing, most Game Pass titles support Cloud Gaming, with Xbox Series X/S exclusives like The Medium being one of them.

As recommended by Microsoft, players should have a download speed of at least 20 Mbps to experience Cloud Gaming without strong latency. Being connected to a 5.0 GHz network should also provide for smoother gameplay.