So you just won your first chicken dinner in PlayerUnknown’s Battlegrounds and want to share your victory with the world, but you don’t know how to record a replay of your game. Well, it’s a little too late this time, but there are ways to save a video replay on every current-generation console and PC, so you don’t have to miss your next chance. Even better, every platform features a way of recording gameplay for free, and you probably have access to them already.

If you want to take things to the next level, you can use a capture card to record or stream higher quality video, but these built-in options are excellent for beginners or those who only occasionally need to record a replay.

How to record Gameplay Replays on Nintendo Switch

We’ll start with saving replays on the Nintendo Switch since it’s both the easiest and offers the fewest options. On both the Pro controller and the left Joy-Con, there’s a capture button that looks like a circle inside a square. On the Joy-Con, it’s just below the four directional buttons, and on the Pro controller, it’s next to the left joystick. Just hold that button in until a “Saving” icon appears onscreen, and the Switch will save the last 30 seconds of gameplay to its internal memory or an SD card, which can be changed in the options menu. Unfortunately, there’s no way to capture longer sections of gameplay on the Switch.

How to record Gameplay Replays on Playstation 4

The Playstation 4 offers much more robust recording options, which you can configure in the Sharing and Broadcasts menu, which you can access either through the PS4’s main menu screen or by opening it using the Share button to the left of the touchpad while playing a game. This menu will let you set a default recording time of anywhere from 30 seconds to one hour.

Once you’ve chosen your settings, you can initiate recording any time you’re playing a game. By default, you can double-tap the Share button to start a recording and double-tap again to stop and save the footage, or just let it record for the amount of time you set in the Sharing and Broadcasts menu. If you aren’t recording and something happens that you want to capture, you haven’t lost your chance to save it yet. The PS4 automatically holds the last 15 minutes of gameplay in a buffer, though you can change that time, too. To save the stored replay, open the Share menu, then press square.

How to record Gameplay Replays on Xbox One

The Xbox One’s recording capabilities are very similar to the PS4. The main difference is that it can’t record for quite as long. To select the length of your recording, press the Xbox button during gameplay, then press View (the small circular button above the d-pad) to open capture options. Here you can set your recording time to up to 10 minutes for recordings you start manually, or up to five minutes for replays.

From the same menu, you can start a recording by selecting “Record from now.” Your console will record for the amount of time you set, or until you manually stop it by pressing the Xbox button then X. To save a replay of what happened, press the Xbox button then press X, and a replay of the amount of time you set will be saved.

How to Gameplay Replays replays on PC

On PC, things get a lot more complicated, but also a lot more flexible.

If you have a fairly new Nvidia graphics card, you already have access to Shadowplay, a simple but fully featured video capture program. To use it, you need to download GeForce Experience from Nvidia’s website. Once it’s downloaded, you can hit a hotkey (default Alt + F9) to start recording and stop whenever immediately or Alt + F10 to save the last section of gameplay. Hit Alt + Z to bring up the Shadowplay menu where you can adjust the length of the recording buffer, choose your video quality, or add in additional audio sources, for instance, if you want to add real-time commentary from your microphone.

There are plenty of other exciting options, like the ability to let some games automatically save highlights, so it’s worth poking around in the menu. It’s a lot fully featured than what you’d get from your console, and it also doubles as a streaming solution if you want to share your sessions with the world, though it’s not quite as fully featured in that regard as our next option. One advantage that Shadowplay has: since the footage it records is tied to GPU rendering; it doesn’t put as much strain on your system as separate recording software.

If you don’t have Shadowplay or it’s not quite what you’re looking for, our pick for the best recording software is easily Open Broadcaster Software Studio, or OBS, as it’s usually called. OBS is a free, functional piece of software that’s widely used by YouTubers and streamers alike. It’s the best recording solution outside of getting a capture card.

It works much like Shadowplay. Press Alt + F9 to start and stop recording, or Alt + F10 to save a buffered recording. In the Settings menu, under Output, then Replay Buffer, you can set the length of the buffer to whatever you want.

The most significant advantage it has is the flexible options it offers, especially for streaming. You can add multiple sources to your footage, meaning you could have the feed from your webcam embedded over the video, cut to a second monitor, or add numerous audio inputs right from the main OBS screen. There are tons of more advanced options for both streaming and recording, from changing your video encoder to setting up multi-track audio, if you want to dig into things later.

And that’s all there is to it. Even if you’ve never recorded a video in your life, it’s easily accessible on any platform, literally at the push of a button. 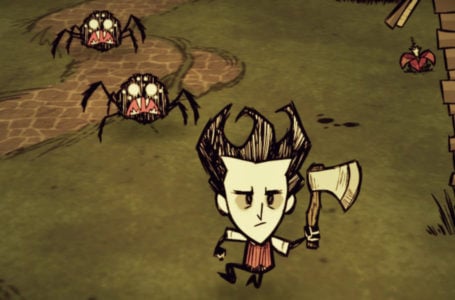