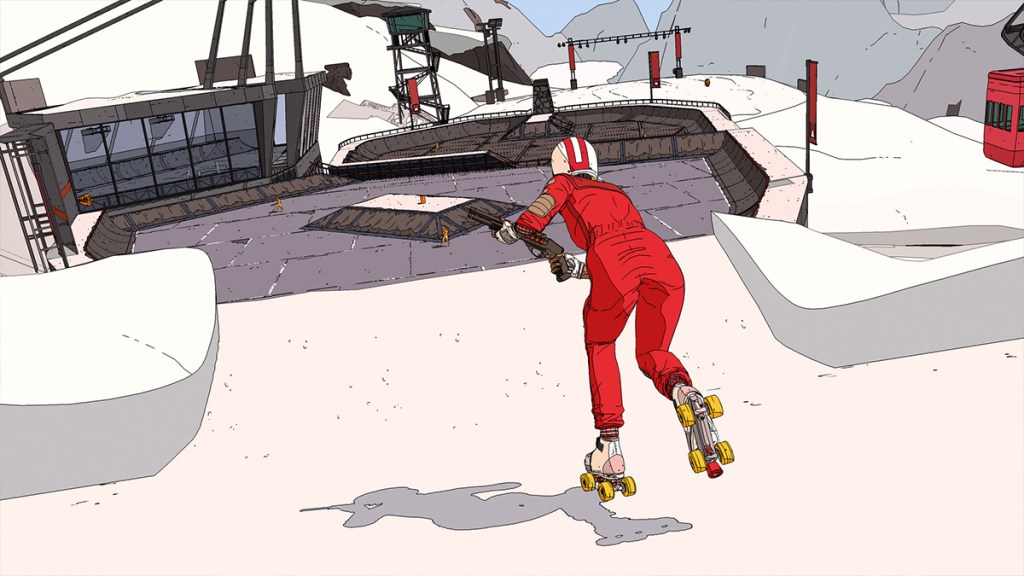 Rollerdrome is a game that combines the movement and trick mechanics of a skating game with the high-octane gunplay of a third-person shooter. As a result of this unusual hybrid of gameplay styles, the controls of this game can be somewhat unconventional when compared to staples of either parent genre. For example, the simple action of reloading takes on entirely new mechanics that, while seeming clunky at first, enhance the second-to-second gameplay in creative ways. Here’s how reloading works in Rollerdrome.

Unlike other modern shooters, there is no single “reload” button in Rollerdrome. Instead, you’ll need to input a series of button inputs — more specifically, the only way you can reload is by successfully performing any trick.

The trick you perform will reload your active weapon in different ways depending on the trick being performed. For example, grinding on a rail will reload a number of rounds in proportion to the distance traveled along the rail. Flips, grabs, and flat tricks will reload ammo scaling with the amount of tricks added to the active combo.

Related: Rollerdrome stressed me to my breaking point in spite of its quality – Review

While you may see these mechanics as inconvenient to the gunplay, pausing a shootout to land some tricks can benefit your survivability. Flips and grabs can be used to dodge incoming fire, reloading your weapons as you dive out of harm’s way. Grinds, on the other hand, can be used to quickly disengage from fights and retreat, giving you the power to pick your battles or escape unwinnable situations.

Dodging fire by pulling off tricks has other advantages as well. Doing so can temporarily put you in a state of bullet time known as Reflex Time, giving you time to land perfect tricks and letting you line up important shots.