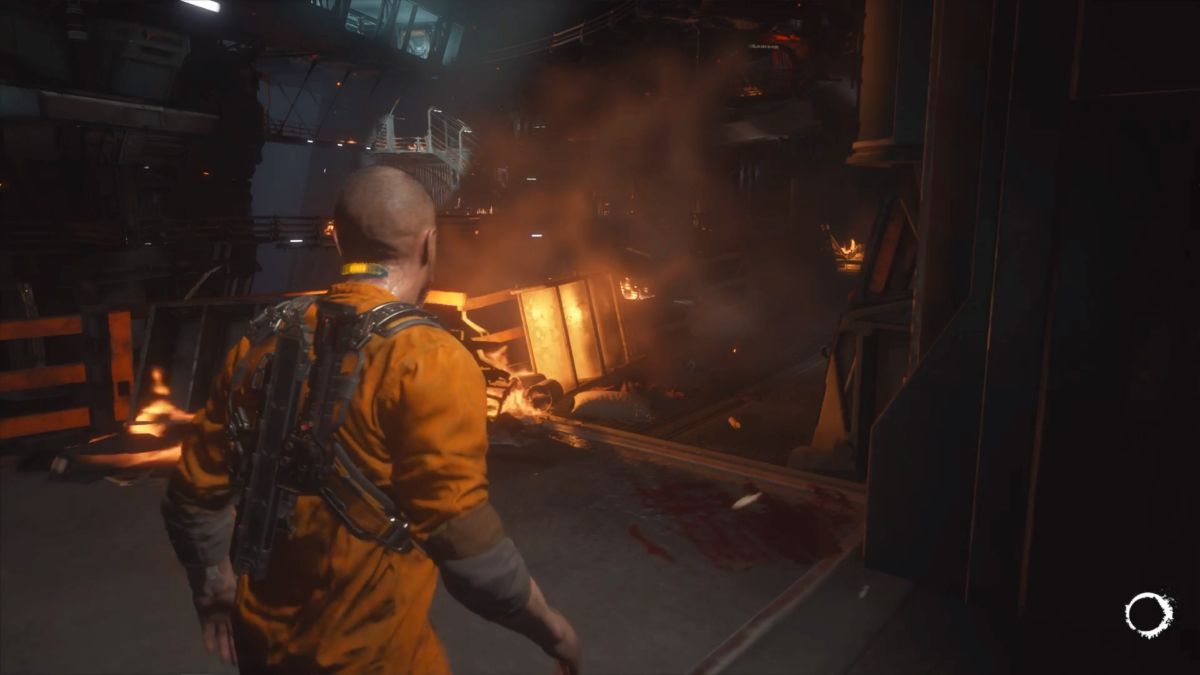 The Callisto Protocol is a spiritual successor to the Dead Space series, and one of the ways in which it remains faithful Dead Space’s principles is in its very minimal HUD. Remember the health meter that was built into the on-screen character’s suit in Dead Space? Innovative ideas like that made you less aware that you were playing a game, and more immersed and engaged in the nightmarish experience unfolding around you.

Related: How long does it take to beat The Callisto Protocol?

Well, The Callisto Protocol remains stubbornly loyal to the same principles, which makes it very atmospheric, but also means that it can be easy to miss things that aren’t highlighted in any artificial, game-y kind of a way. There’s no map, and there are no quest markers showing the way forward, and even where the game displays markers on interactable objects, they’re very small, plain, and easy to miss. And this is why you might get stuck trying to find your way back to the Watchtower during the Outbreak mission.

How to get back to the watchtower during Outbreak

When you reach the security station, you’ll loot the stun baton from a dead guard, then have a quick chat with Elias, who’ll tell you to return to the watchtower. There’s a locked door (marked Access Hall P261) in this room and, unlike other unlockable doors you’ve encountered so far, this one doesn’t have a control panel immediately adjacent to it.

So, you might think that returning to the watchtower means retracing your steps all the way through the medical bay and the solitary confinement wing, then going back up the elevator. But this is not the case, and if you try that, you’ll discover that you’re unable to vault over the debris near the lift, despite having vaulted over it very easily on the way in.

When you unlock the door, an infected will burst in, so kill that. Next, go through the door, turn left, then right, then crouch under the gate. Go left and left again, then through a door, then turn right and go through another door. The watchtower is now directly in front of you, so just follow the walkway to the right to get to it.