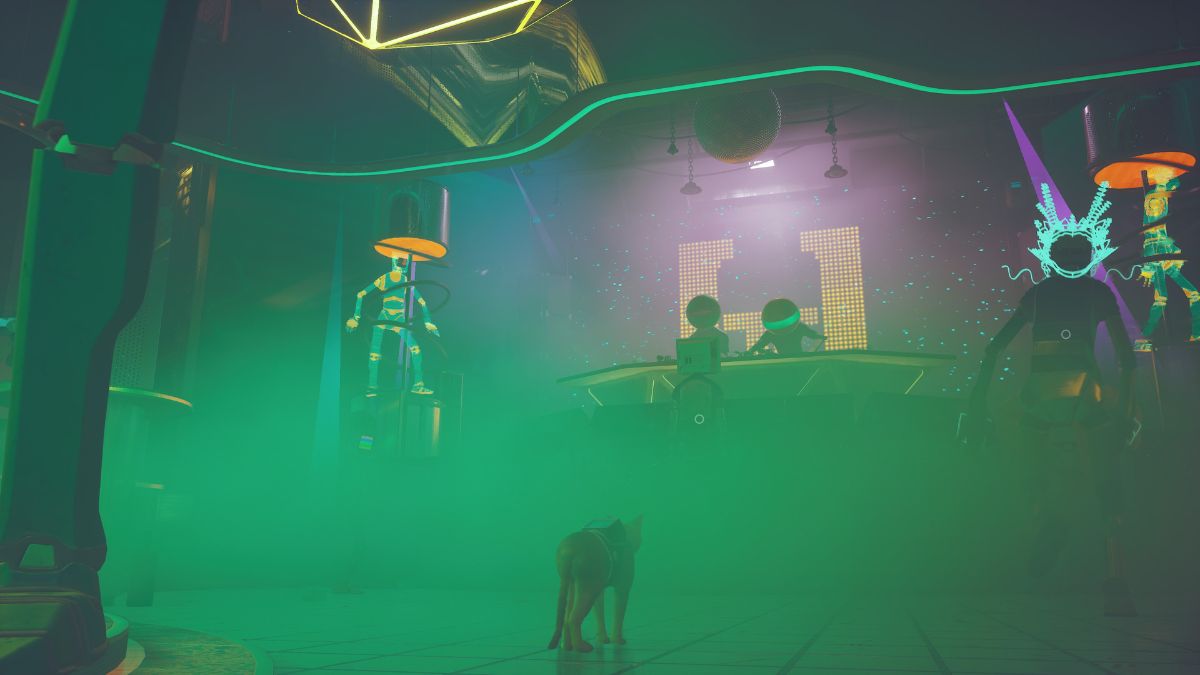 Being a cat in Dead City is tough, especially when you reach Midtown. Thankfully, in Stray, you don’t play as an ordinary cat. After a long trip through the city dealing with puzzles, Zurks, and dirty sewers, you can finally relax a little bit before continuing the story. Head to the nightclub to search for Clementine, get your groove on, and take over for the DJ. Scratch a few records and you will earn yourself the Scratch trophy.

How to get into the nightclub

After finding all of the clues left behind by Clementine, you will head to the nightclub only to be denied entry. It’s time to break in. Use the alleyways to get behind the nightclub and locate the dumpster below the blue neon sign.

Jump on the dumpster and follow the pathway around to the pipes. Use the pipes to get below the window to the nightclub and interact with the robot at the window. The robot will move and grant you access to the club.

Related: How to get all the Badges in Stray – Badges trophy guide

How to scratch the record

After getting into the nightclub, you will see that there are two DJs at the turntable. While there is a record in front of one of them, you can’t scratch it. You need to locate the other record.

Search the tables in the club to find the second record. It should be resting on a table right in front of the stage. Pick up the record and place it on the turntable. Afterward, interact with the record and start scratching. You will need to scratch a couple of times for the trophy to pop up.