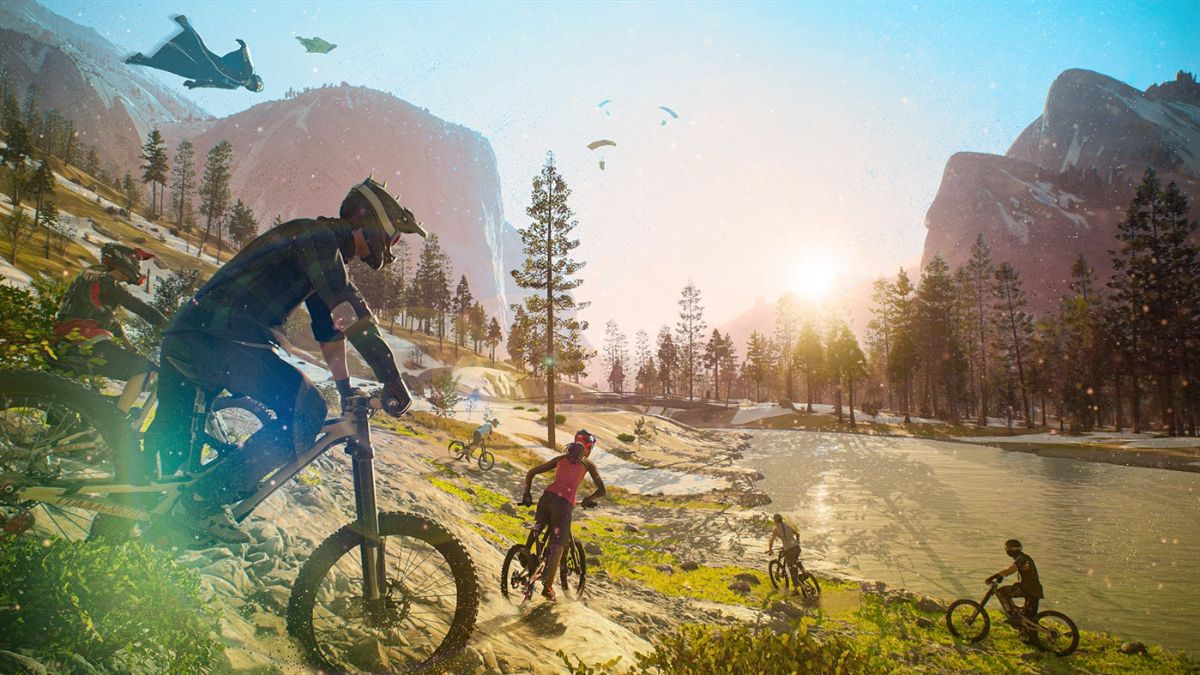 Throttle those engines and strap those boots because the Riders Republic beta is coming soon, on August 23. Ubisoft is now letting you and many others sign up for a preview of a highly anticipated racing title.

You don’t need to pre-order the game to gain access to the beta. Go to the official website for Riders Republic, and on the left side of the page, click on “Register Now.” It is in bold black text with a yellow background. From there, you’ll be given the selection of your preferred platform, including PC, PS4, Xbox One, PS5, Xbox Series X/S, and Google Stadia.

We are choosing PlayStation 5 for this example. After a few seconds of your confirmation, it will ask you to sign in to your Ubisoft (UPlay account). If you haven’t made one before, select “Create An Account.” If you have linked your Ubisoft account with your Facebook, Xbox, Twitch, or PlayStation profile, you can log in with that too. Or, you could go for the more traditional email address and password set up.

Either way, log in with your detail, and your beta registration has been confirmed. You can now go full throttle when you finally get your hands on the game later this month. If you ever want to change the system you want to play the beta on, you can do so under the confirmation text.

The upcoming beta for Riders Republic will be relatively short as it will run from August 23 to August 25. However, we know that more betas are likely on the way, thanks to the sign-up process. It explains that there are multiple betas before the game’s official release on October 28. With so many players on screen at once, it will likely need much more testing down the road before Riders Republic drifts its way to stores.