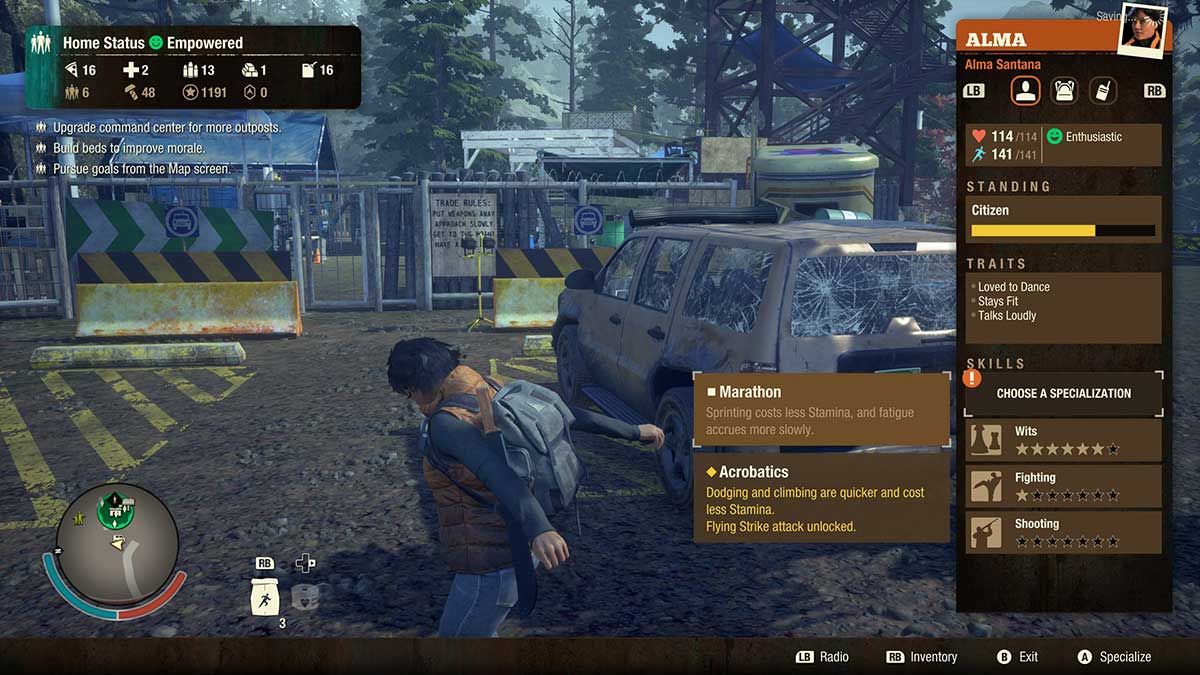 You’ll come across all kinds of characters in State of Decay 2. Most can be recruited into your community, allowing you to take control and use their skills for the good of the many. All characters improve over time, and eventually, you’ll be able to specialize them. This guide covers how you specialize a character and what happens once you have.

How to specialize a character

Every character joins you in State of Decay 2 with a selection of skills. These skills include Chemistry, Computer Knowledge, Cardio, Wits, Fighting, and Shooting. Some characters have a higher level in one skill than others, but you can improve every character over time. For example, actions such as running, vaulting, and exploring will improve your character’s Cardio skill. Once a skill has reached the maximum level, you’ll be able to select it and specialize your character in that skill from the character menu.

If you want to specialize a character in a particular skill, perform more actions within that skill while controlling them. You’ll notice which actions boost certain skills over time. Use that knowledge when trying to craft each character, and you’ll build a community of highly skilled specialists.

What happens when you specialize a character?

Once your character is at a high enough level, you can select the skill they’ve maxed out and specialize in it. As you do, you’ll be given a choice of skills to pick from. In the example of Cardio, we were given the following choices.

As you can see, the choices are between a passive upgrade and an active ability. The Marathon specialization allows us to use our character for longer before fatigue penalties are applied, while Acrobatics provides a new attack to floor enemies with. The payoff here is that no matter how careful we are with the Acrobatics specialization, fatigue will set in just as quickly.

You’ll be presented with a similar choice for each skill specialization. Depending on your play style, one specialization might be better than the other.