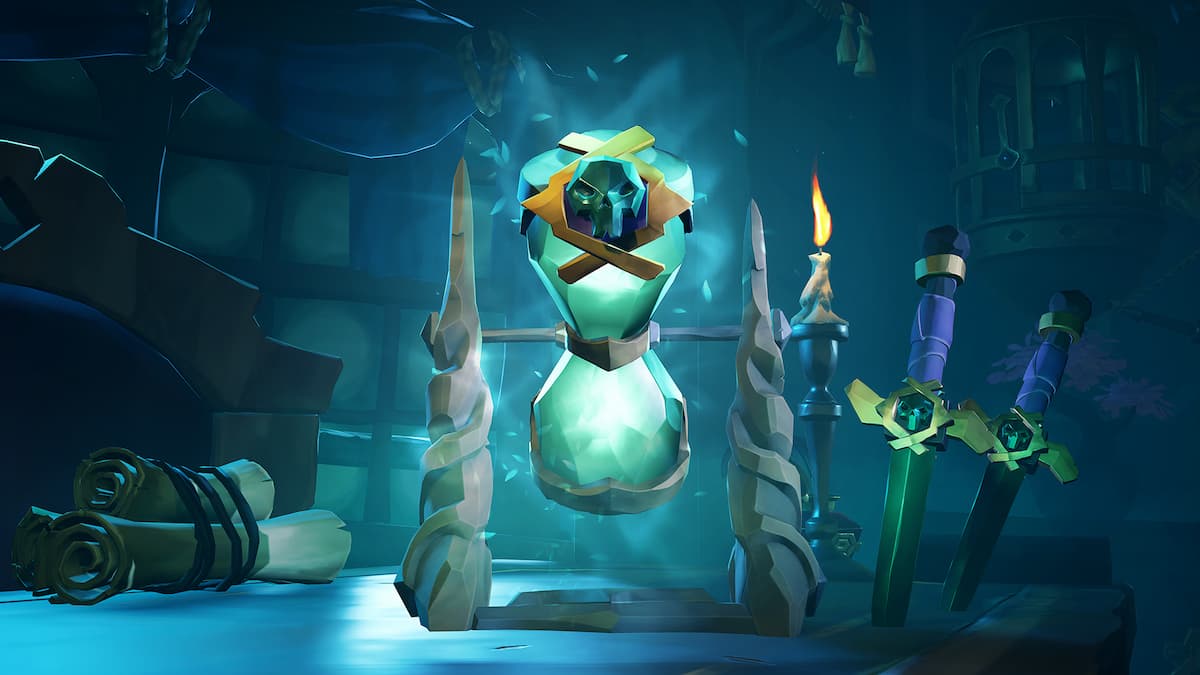 Rare’s Sea of Thieves has always featured emergent high-octane ship-to-ship combat, but with the Hourglass of Fate, you can seek out fights directly. Taking sides between the Pirate Lord’s Guardians of Fortune and Captain Flameheart’s Servants of the Flame, players have the option of invading other servers (or being invaded by other players) and taking the fight to their opponents in pitched PvP battles. To find out how to get started with this opt-in PvP experience in Sea of Thieves, read on.

How to start PvP matchmaking in Sea of Thieves

The key to starting your reign of terror or justice on the high seas is the Hourglass of Fate, found on the Captain’s Table of your ship. This new object can be flipped by players to the faction of their choice, and then voted on by the crew to pledge allegiance to that faction. Once your allegiance has been pledged, you’re officially in the fight. This opens you up to invasions from other players, but importantly, it means that you can start hunting the opposition too.

How to invade servers in Sea of Thieves

Once you’re aligned with a faction, you’ll have access to the War Map, also found on the Captain’s Table. Unfurl it and vote to dive, and your ship will dive beneath the waves as soon as you’re in open water. Sailing the underwater channels is essentially a very pretty way of hiding that you’re now in a matchmaking queue, which will be of varying size depending on which faction you’re aligned with, what size ship you’re sailing, and the size of your crew. For example, solo sloops won’t be matched against sloops with two people on them.

Once the system has found a match of the appropriate skill level, you’ll break the surface and take on your opponent immediately in an enclosed circled space in the game’s world.

It’s easy to remain very focused on your opponent in the middle of the fight, but make sure to keep half an eye on your Hourglass of Fate too, especially if you lose your nerve and try to flee. Get too far away from the combat area (represented by a circle on your map) and the Hourglass will start to crack and become unstable until it eventually explodes, automatically sinking your ship and granting your opponent a victory. You also won’t be able to use the War Map to try and dive away from the fight, as that functionality will be unavailable until after the battle. So get those cannons loaded.