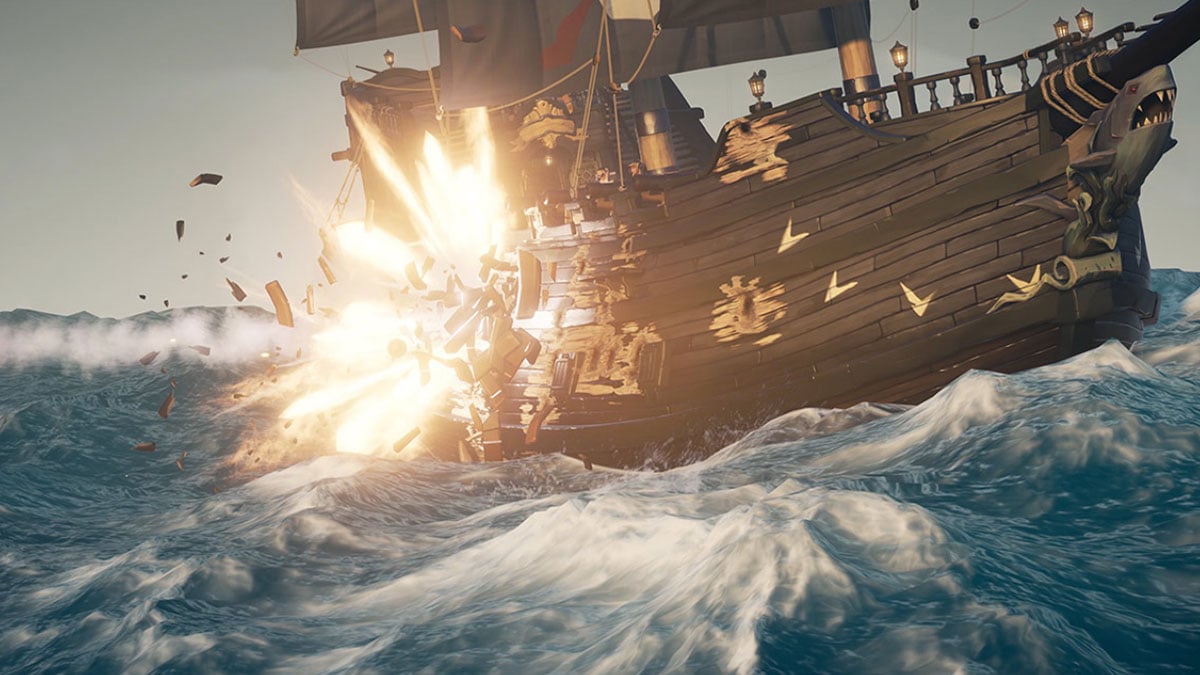 PvP has always been an indelible part of the Sea of Thieves experience, and by and large players have just had to deal with the fact that, while sailing the sea, they may have the misfortune to run into a crew of buccaneers hell-bent on sinking their ship and stealing their booty. The war between the Pirate Lord and Flameheart adds more layers to the formula though, with opt-in PvP elements — but many are wondering how the game will choose their opponents should they decide to fight for the Guardians of Fortune or the Servants of the Flame. Does Sea of Thieves incorporate skill-based rankings?

Skill-based match-making, or SBMM, has been the cornerstone of plenty of multiplayer PvP experiences in games for years now. The idea is that an in-built system will judge the skill level of all players and do its best to match you with an opposing individual or team that is close to your level of expertise. This way, theoretically, players can avoid the challenge of any given match running too difficult or too easy. It’s not been without its bumps, and sometimes players have complaints to make about the systems, but it’s become heavily adopted in the industry.

Does Sea of Thieves have SBMM?

Sea of Thieves has gone for a few years without incorporating SBMM into the game, but Rare finally introduced it for Season 8’s Battle for the Sea of Thieves. The new SBMM system is a variant of the widely-used Elo system and assigns an individual skill level to each player. Importantly, this is calculated not from a kill/death ratio, but a ship-level win/loss ratio instead. Ships are matched for battle by working out the average skill level of the crew and finding a suitable opponent, and the skill levels of all players adjust accordingly after the battle, with victors rising through the ranks and losers sinking lower. Only opt-in PvP battles count towards the skill rankings, so don’t worry if you’ve spent some time on a server full of beefy pirates who kept sinking you and stealing all your treasure.

There are some extra tweaks made to the system as well, to try and hone its efficiency. There is some degree of extra weighting taken into consideration when you come up against a crew with a higher or lower ranking than your own, so defeating a more skilled opponent will raise your own ranking more than a weaker one, while losing to a less skilled ship will lower your ranking more than a stronger one. Additionally, since a crew’s skill ranking is taken as the average of all the players in it, it means that if you’re paired up with a less skilled player through the Open Crew functionality, you should still be able to square off against an appropriately-skilled adversary in PvP rather than being at a disadvantage.