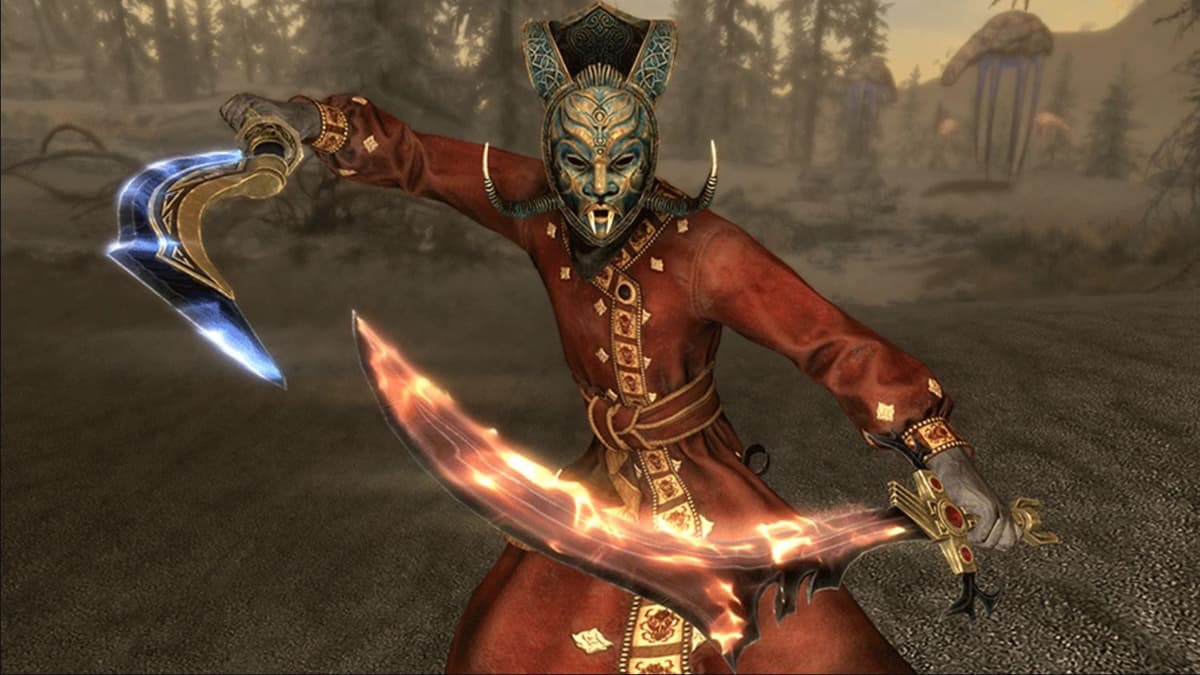 Ghosts of the Tribunal is a brand new questline for The Elder Scrolls V: Skyrim Anniversary Edition inspired by Morrowind. It sees the Dragonborn return to Solestheim to uncover information about the Tribunal, the living gods who previously watched over Morrowind. The Skyrim Anniversary Edition quest also introduces new armor and weapons from the third game in the series, but you’ll need to start the quest to find the equipment first. Here’s how to do so.

The first thing you will want to do is head to Raven Rock in Solestheim. To do that, you will first need to be attacked by dragon cultists. They should confront you early on at some point during the main quest. Once you’ve killed them, take the note and head to the Northern Maiden outside of Windhelm, speak to the captain, and he’ll take you to Raven Rock.

Once you arrive in Raven Rock, head directly to the Temple. Look for the grand staircase to the north and enter the large building at the top of them. Once you are inside, take the stairs down and head to the first door on the right. Enter the small bedroom; there is a table to the left with two books on it. Read the book Heretic’s Dossier: Blacksmith’s Confessional to begin the quest.