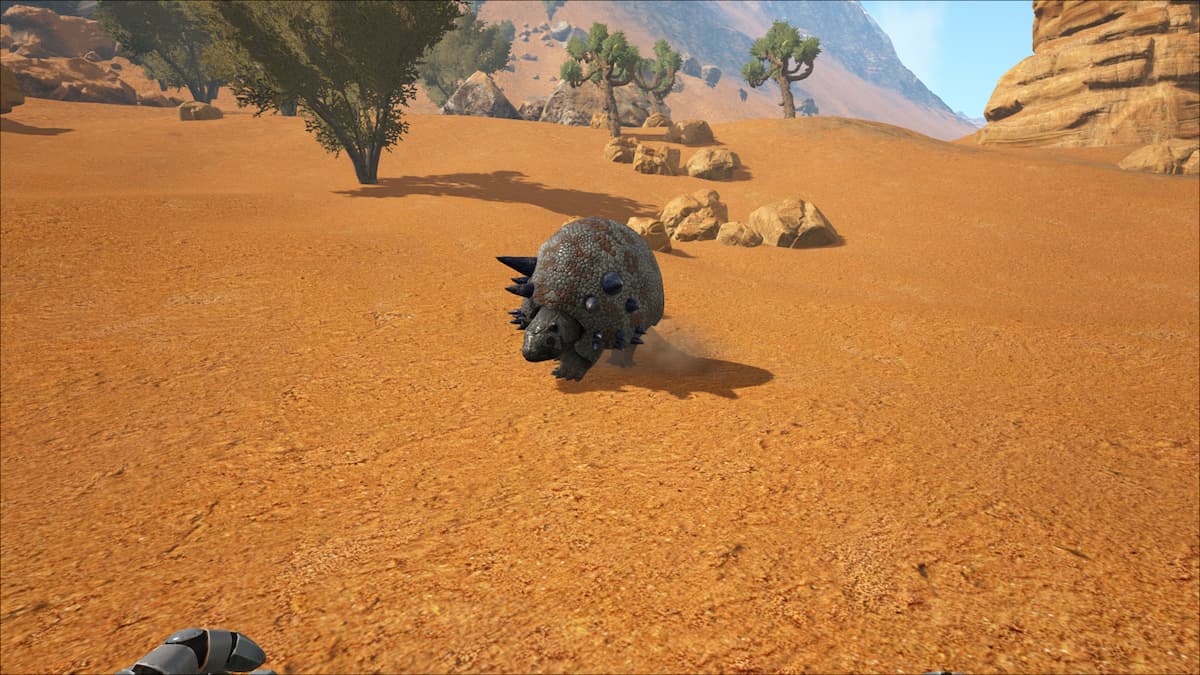 The Doedicurus in Ark: Survival Evolved is a slow-moving, armored herbivore that looks more like a boulder given life than it does a dinosaur. This quadrupedal creature is a vital addition to any base, and as it’s one of the easier tames, it’s highly popular at lower levels. The Doed, as it’s fondly known among players, is cute and slow-moving, making taming it quite simple compared to some other creatures. This guide will explain how to tame the Doedicurus in Ark: Survival Evolved.

What the Doedicurus does in Ark: Survival Evolved

The Doed is a non-aggressive creature that will not attack unless provoked. Usually found in pairs or trios, the Doed sports a long and spiked tail similar to that of its cousin, the Ankylosaurus. Also, like the Ankylosaurus, the Doed is used for gathering hard resources, particularly Stone. It’s also great at harvesting Element Dust on the Extinction Map, Condensed Gas, Sand, and Blue Gems found on Aberration. The Doed also has a passive ability which lowers the weight of Stone in its inventory by 75%.

The Doed’s slow speed is offset by the hilarious alternate attack mode, which turns it into a rolling boulder. This mode increases your movement speed and armors your player from incoming damage by protecting you with the Doed’s hard shell. It does however, reduce your turning radius by quite a bit, so be careful if rolling around cliffs.

Where to find the Doedicurus and what you’ll need to tame it in Ark: Survival Evolved

The Doedicurus is often found near rocky areas, mountainous regions, or in the Redwoods. They travel in pairs or trios, and they’ll often be attacked by roaming carnivores.

As the Doedicurus will withdraw into its shell and become basically impervious to damage once its health drops below a certain threshold, it’s recommended that you don’t try to tame this creature without higher-tier weapons. This is what you’ll need to tame the Doedicurus in Ark: Survival Evolved:

How to tame the Doedicurus in Ark: Survival Evolved

The Doedicurus is slow-moving but persistent in its attacks. The lack of speed means you’ll be able to easily outrun it. You can employ a simple shoot-and-run strategy until it runs from you once its Torpor is too high. If you’re not in the mood, you can take the high-ground, or even use a Net Gun to stop it from attacking you.

Remember that the Doedicurus is an armored creature, so do not shoot its shell or back. Instead, aim for the neck, head, legs, or tail to attain maximum Torpor damage. Always stop firing once the creature has fallen unconscious and avoid allowing it to take damage, or you’ll ruin your perfect tame.