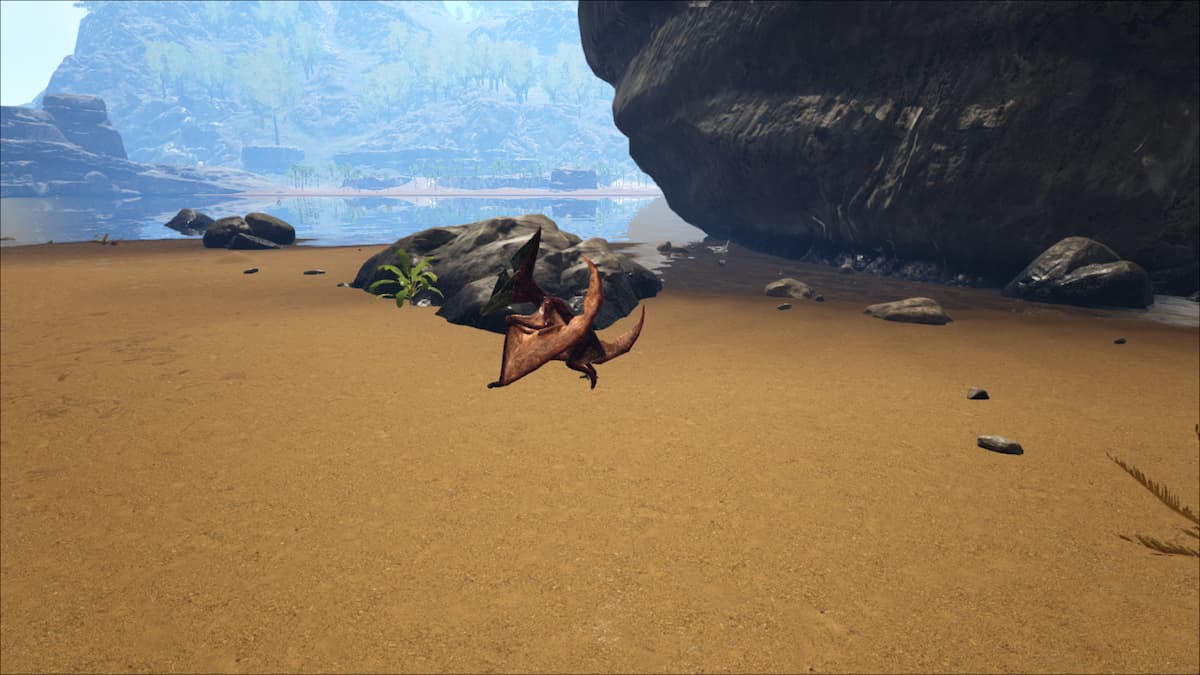 The Pteranadon is one of the creatures that every player needs in the starting phases of Ark: Survival Evolved. While not the fastest or most resilient flying creature, the Pternadon is the perfect tame for getting yourself off the ground where all the deadly creatures lie in wait to kill you and up in the sky where death is less prevalent. They’re fast enough that you can escape most situations, and the perfect creature for PvP fights where you need to dart in, pick an enemy player up, and carry them into your turrets. The list of the Pteranodon’s uses is long, so in this guide, we’ll show you how to find and tame a Pteranadon in Ark: Survival Evolved.

What the Pteranadon can be used for in Ark: Survival Evolved

The Pteranadon doesn’t have the highest carry weight capacity or speed regarding the hierarchy of flying creatures in Ark: Survival Evolved. Despite this, the Pteranadon is still used even in Mega Tribe battles and at later stages of gameplay, simply because it can provide a lot of utility and power for relatively minimal effort.

The Pteranodon’s ability to C-Spin, which is the barrel roll default bound to the “C” key on PC, “Press R” on Xbox and Playstation, allows players to rapidly spin forward in a direction. This is a method that many players will use to bypass Turrets and Turret walls. It’s also a damage-dealing method that is great for using against anyone on foot. The Pteranodon can also pick up players and some very small creatures from the ground with its alternate attack. This is extremely useful in PvP situations, where you fight large creatures like Wyverns. Being able to nab the enemy player off and drop them to their death or force them to float on a parachute as a massive target is a great way to turn the tide of a fight.

The Pteranadon is also great for scouting bases because its small size makes them tougher to spot. However, they don’t do well as beasts of burden, as they’ll usually have a low carry weight, and as such, you’ll have to be careful with what you’re carrying, particularly if you’re trying to pick another player up, as you could end up over-encumbered.

Where to find the Pteranadon and what you’ll need to tame them in Ark: Survival Evolved

The Pteranodon can be found almost everywhere in the game, but you’ll regularly see them near beaches. They’re easy to identify because of their large, pointed heads and beaks, slow flaps, and odd crooning noises as they move. The Pteranadon is a non-aggressive, fleeing creature, which means that if you don’t keep them in place, they will fly off rapidly if any damage is dealt to them. This means that you’ll need the following items to tame a Pteranadon:

How to tame the Pteranadon in Ark: Survival Evolved

Taming the Pteranadon is not a complex process. The most annoying part is waiting for your chosen Pteranadon to land on the ground if you’re not confident in your Bola throwing or Net Gun shooting skills. Once your target has been restrained, you’ll want to hit them with whatever weapon you use in the head. Targets hit in the head take a greater amount of Torpor per hit than body shots.

Do not continue to hit your target once it has dropped unconscious, or you will lose a perfect tame. You also need to protect them as they are targets for even smaller carnivores like the Dilophosaur. Once they’re knocked out, place your chosen taming food in their inventory and wait.