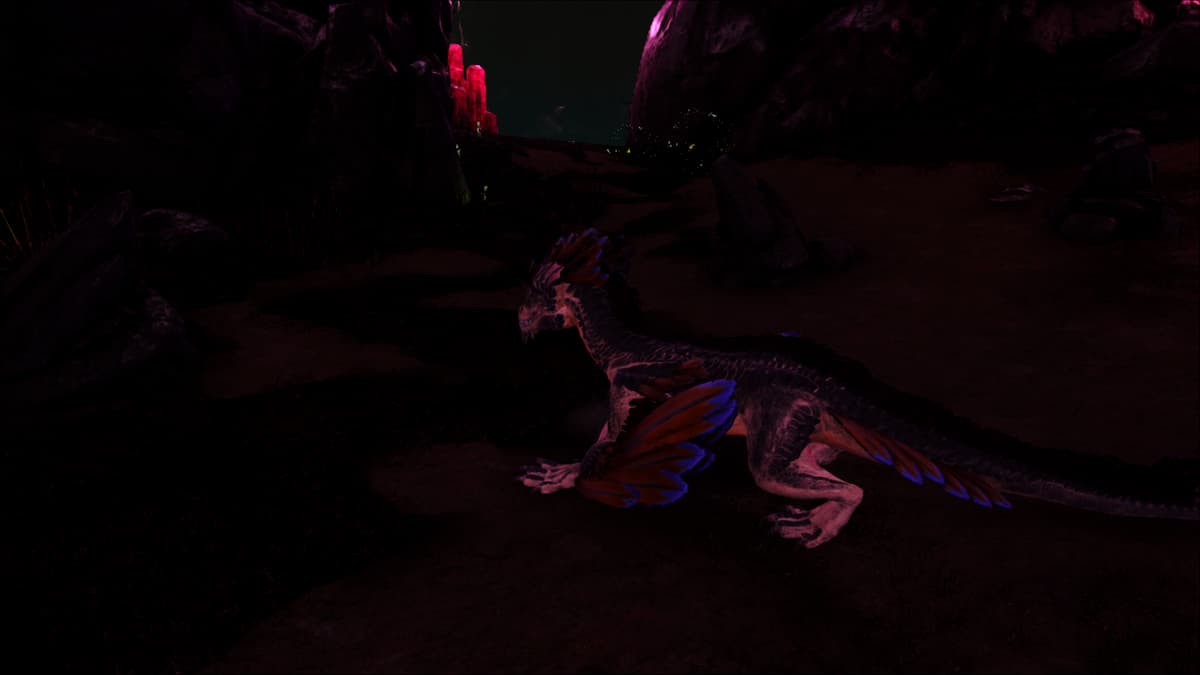 The Rock Drake, in Ark: Survival Evolved, is a beast designed to serve as the flying beast of the Aberration map. This feathered, scaly creature is known to be exceptionally great at gliding and going invisible as needed to blend into its surroundings. Unfortunately, the Rock Drake also hits very hard, and one appearing near your base is often a bad time. This also means, despite the destruction they can cause to you and yours, they’re an excellent addition to any team. This guide will detail how to find a Rock Drake in Ark: Survival Evolved.

What the Rock Drake does in Ark: Survival Evolved

The Rock Drake cannot fly, but what it lacks in verticality, it makes up for in its ability to glide around the map at high speeds. The Rock Drake can also scale walls with a Sticky Paw setting, a feature invaluable for maps like Aberration, where there are plenty of cliffs. The Rock Drake is also able to turn invisible, which is great for jump-scaring your Tribe mates or getting out of tricky situations you really don’t want to be in. Stealthing will drain your Stamina, as well as climbing walls, so try to keep an eye on that.

Where to find the Rock Drake and what you’ll need in Ark: Survival Evolved

The Rock Drake is only found as a tamable creature on two maps. The third map it is found on, Extinction, is a Corrupted version of itself, meaning that it’s impossible to tame or lay eggs. To capture the eggs of the Rock Drake, you’ll need the following, but there are many different strategies that you can employ:

You’ll also need a generous helping of patience as things can and will often go wrong.

If you’re searching for the Rock Drake on Aberration, you’ll have to head to the chasm with the purple crystals and drop all the way down. There is a path that winds down that you can take with land-based creatures, like a Spino, but in all honesty, that’s terrifying and filled with a lot of danger. The simplest method is to drop down on a creature like a Bloodstalker, or if you have a Gliding Suit, attach that to your armor and glide down.

The Rock Drake tunnels are easily identified, not only by the Rock Drakes stomping around but also by the yellow rocks and orbs attached to the side of the wall. Unfortunately, the Rock Drakes are naturally aggressive creatures, and you will have to either kill them or kite them away.

If you’re looking for the Rock Drakes on Fjordur, you’ll need to head to the Asgard region of the map. The entrance to the Rock Drake cave is at 41.8 – 49.2, and like with the Aberration map, it has Radiation inside, so you’ll need that Hazmat Suit. However, unlike the Aberration map, you can use a flying creature here, which makes getting in and out of the cave very easy.

How to tame the Rock Drake in Ark: Survival Evolved

The mature Rock Drakes cannot be tamed without a mod. If you’re playing without any mods, you’ll have to do it the old-fashioned way, which involves mild larceny. The Rock Drakes, like Wyverns in Ark: Survival, lay eggs. These eggs must be stolen and hatched before you can obtain the Rock Drake. You must press your interact key on the egg to steal an egg and then run. All mature Rock Drakes in your vicinity will attempt to kill you as soon as you touch the egg, and you’ll hear them coming by the rush of wind they make during their glide.

Once you have the egg, you’ll need to hatch it and feed it Nameless Venom or use an S+ Nanny to raise it for you. Placing three powered Aircons in the vicinity of the egg will hatch it, and you must then claim the baby, or it will starve and die.