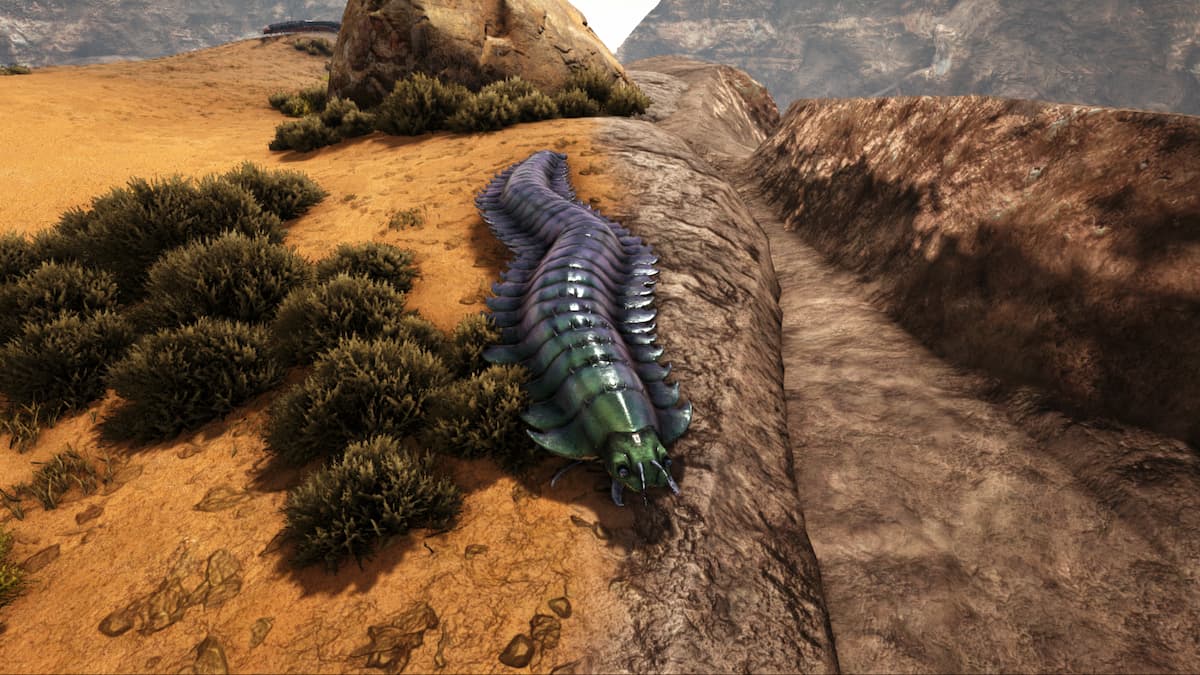 The Arthropluera is the kind of insect that would feature as the star of many nightmares. This enormous, very aggressive centipede looks as deadly as it sounds. The Arthro remains one of the top dinos for the budget raider in Ark: Survival Evolved due to its ability to spit a substance that damages structures, albeit at a much slower rate than C4. Unfortunately, taming this insect is also something that can be quite challenging, as they tend to hang around other nasty creatures and in rather rough terrains across the map. Below, we’ll explain how to tame the Arthopleura in Ark: Survival Evolved.

Where to find the Arthopluera in Ark: Survival Evolved

The Artho is by no means an elusive creature. In fact, it can be found on nearly every map in the game, either lurking in Artifact Caves, waiting to destroy your armor, hopes, and dreams, or out in the hotter and drier areas of the world. For example, the Arthro can be found on the following maps:

It also comes in a handy Aberrant version in case you need to use it on maps like Aberration or an Aberration Radiation zone.

How to tame the Arthropluera in Ark: Survival Evolved

There are two different ways to tame this slinky creature. The method you choose is based on your personal preference; however, there is an easier and more complex way of doing things.

Taming method one for the Arthropluera in Ark: Survival Evolved

To tame the Arthro, you’ll need to perform the task as a Passive Tame. Unfortunately, that means you cannot knock it out and instead have to approach the giant centipede and hand-feed it. This can be very tricky, not only because they’re naturally aggressive to Survivors, but also because they travel in loose groups. To passively tame it the original way, you’ll need:

This process can be very long and very painful as you have to hastily feed the Arthro before your Bug Repellant buff wears off, and if you don’t have a Broth of Enlightenment, you will be out in the open for a long time.

Taming method two for the Arthropluera in Ark: Survival Evolved

The alternative method for taming the Arthropluera is much easier. You will need an ocean area, though, so try to locate an Arthro near the water’s edge. Then, you can use a Wyvern to snatch the Arthro up and carry it in its talons to the water. Once you’ve found a clear spot with no Mantas or Megalodons, you can drop the Arthro into the water and jump off your Wyvern to follow. The Arthro will not become aggressive to you when you’re in the water, and you’ll be able to swim up and interact with it and feed it one of the following passive tame foods:

A Sanguine Elixir can also be used for a one-time 30% boost to the taming gauge of the Arthro. Then, once you’ve tamed the Arthro, you can whistle follow for both it and the Wyvern as you head back to shore.