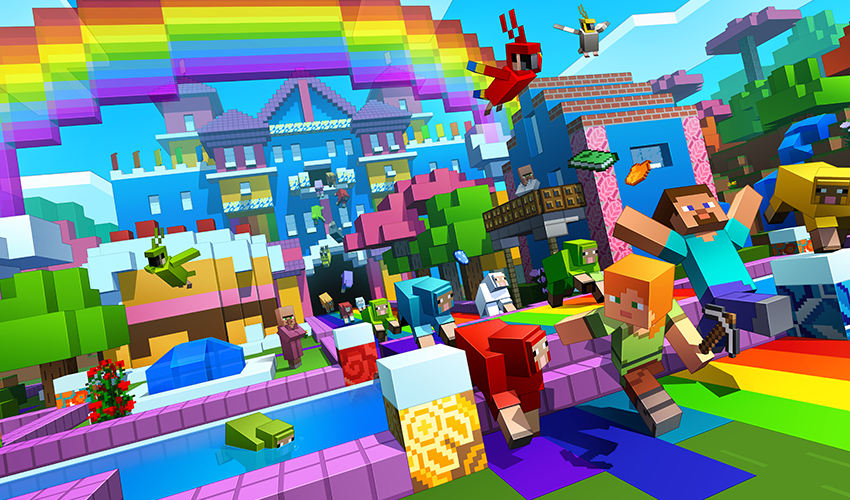 image via Minecraft Wiki from Mojang

The main goal in Minecraft isn’t to tame every animal possible, that doesn’t stop people from doing so, and with good reason. Tamable animals have their own abilities in the game, some carry heavy items, others defend the player in combat. Parrots are their own class of tame.

Taming a parrot in Minecraft

The first step to taming a parrot is finding one. Parrots spawn in the jungle biomes, similar to pandas and ocelots, and come in several colors: green, blue, light blue and yellow, grey, and multicolored.

Parrots tame like wolves or dogs. Feed them their preferred food and wait for the hearts to appear—parrots like seeds: wheat, grass, pumpkin, etc. Use the seeds on the desired parrot. Once the hearts appear, congratulations, you have tamed a parrot.

Parrots will fly around their owner and occasionally land on their shoulders. They don’t fly very fast, so if you’re in a hurry, you might leave your little parrot friend behind. They will remain on your shoulder until you jump.

What do parrots do in Minecraft

Most animals in Minecraft have some purpose; cats ward off creepers, dogs scare skeletons, and attack anything that damages their owner. Horses are great for transportation. Donkeys can be ridden and carry large amounts of inventory. Llamas have high inventory and can form long caravans.

Parrots were added to Minecraft in Java update 1.12, also known as the World of Color update, back in 2017. They are an oddity in Minecraft. In a game where most tameable animals have some utility, parrots don’t have an obvious one.

Parrots have two unique abilities: mimicry and dancing. Tamed parrots will mimic nearby mob sounds. If there is a zombie nearby, your tamed parrot may start groaning in response, and this can be both annoying and useful. Sometimes it serves as a warning that an unseen hostile mob is in the area, or sometimes it just causes anxiety when the player doesn’t know it’s the parrot making the sounds.

Dancing is the cuter of the two abilities. At some point in Minecraft, you will find different music disks, playing these in a music player near a parrot will cause them to dance. The dances can be different depending on the song chosen.

They’re not the most useful of tames, but they’re cute, and it’s worth taming several for a massive parrot dance party.