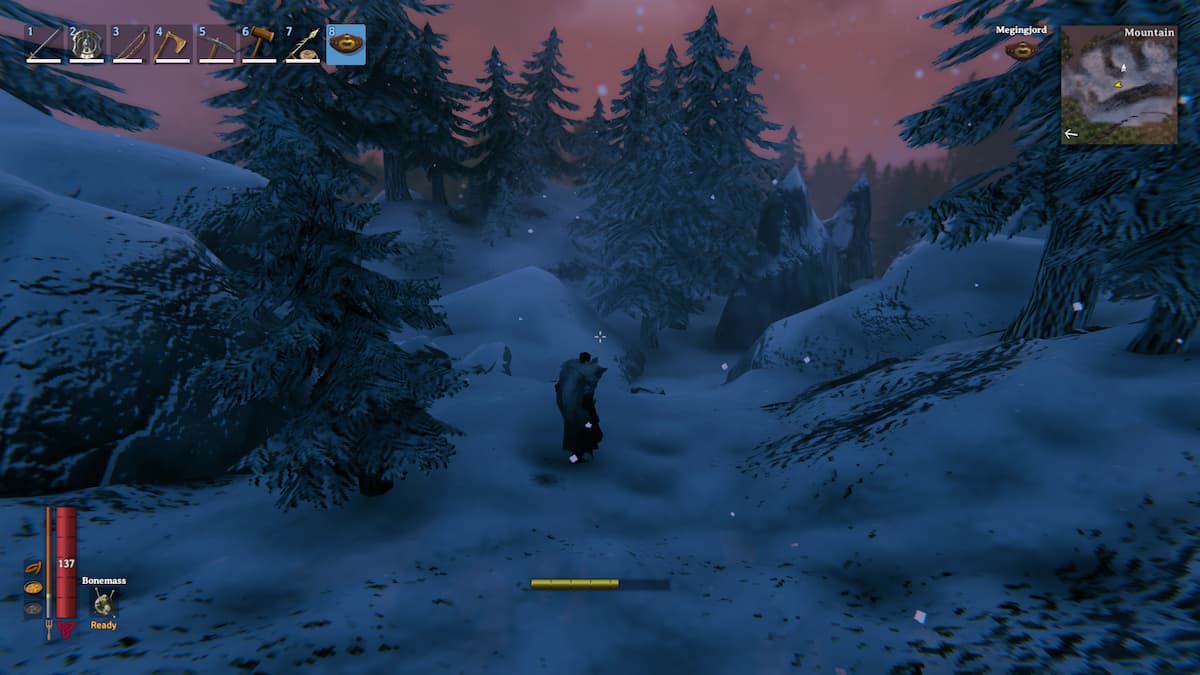 The wolves of Valheim are extremely aggressive, and they’re tough to fight. You don’t want to fight them until you’ve unlocked iron armor and weapons and have completed, or are working towards, beating the third Forsaken boss, Bonemass. They work similarly to the boars you encounter in the Meadows biome.

You can find wolves wandering in the Mountain biome, but they might wander out of their territory. You can typically hear them coming based on their signature call. They’re incredibly swift and fast, so you can expect to find yourself forced to fight them, as outrunning is typically out of the question. For those bold enough to try taming them, you want to corner the one you want to obey you.

You’ll need plenty of raw meat on you. Unlike the boars who prefer mushrooms or berries, raw meat is a wolf’s food of choice. You can obtain this off of any deer or boar you slay. We recommend having about 10 or 15 pieces on you. When you hear a wolf coming, slap down a workbench, and then create a wall to enclose it in. Lure it in, and then close it off to prevent it from leaving. With the wolf enclosed, you want to place a stone wall around it to prevent the wolf from breaking it down. Stone walls are the best way to contain it, especially given how aggressive it is.

The only way to tame the wolf is to keep throwing raw meat until it becomes tamed. You’ll receive a distinct message on your screen when this happens. However, unlike the more passive boar, the wolf will defend the player and can fight alongside it in battle. You don’t want it taking a huge amount of damage, but it’s useful if you need something watching your back in Valheim.