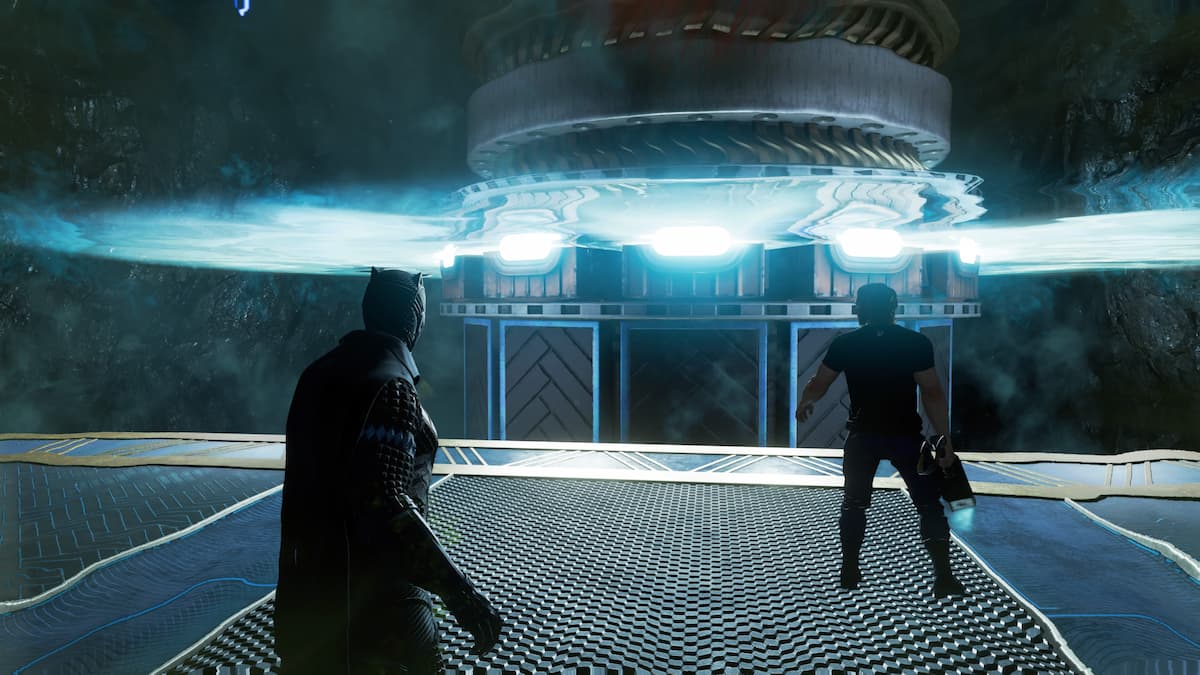 In the campaign mission titled The Sound and the Fury for Marvel’s Avengers: War for Wakanda, you’ll have to navigate through a dangerous Vibranium mound to reach the villainous Klaue. Unfortunately, it seems like everything in this facility wants to kill you, seeing how radioactive and volatile raw vibranium can be. One segment in a chapter called Vibranium Filtering is a tricky platforming section that might take some trial and error.

First, you should already know that hitting some faraway round buttons will materialize platforms. But in the Vibranium Filtering section, there are giant blue beams going up and down that will instantly kill you if you touch them — you’ll go back to a checkpoint right away, but you’ll also lose health.

Start by waiting for the mechanism to go up and reveal a blue button hidden underneath. Two platforms, one on each side around the massive pillar, will appear, and you can run across either one of them. Be quick, and try not to jump too much, as the beams might be coming back down on your way. The platforms will have a blinking light if they are about to dematerialize.

Next, climb up to the right and wall run ahead for the next part of this platforming segment. Again, wait for these death beams to move up and hit the button underneath it with a ranged attack. A platform will materialize on the right for you to run across. You’ll have to be particularly nimble and hit the button as soon as you see it, as the rays will come back down fairly quickly.

Turn around facing the pillar and hit the next button with a projectile, in between the same sets of rays. Ideally, the earlier platform should still be there, so if you’re quick enough, you can simply jump to the new platform that appears on the far right — but again, be quick.

Once you get to the other side, Klaue will start talking smack with you. Go to the right to open a door to some chests, and then go to the left to progress. You can jump on the top of those death rays for a time, although you’ll take damage. Use this as an elevator to get to the next section of the level.