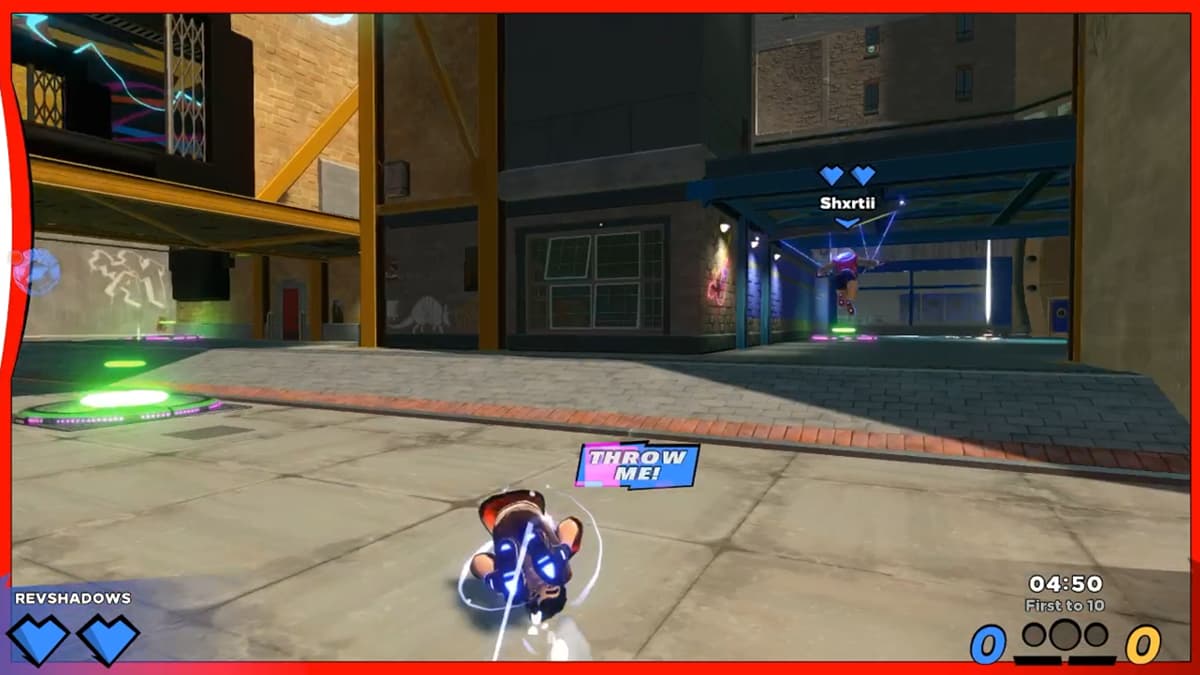 Knockout City is a game all about playing dodgeball. You need to grab a ball as your one-shot ammunition and fire away at enemies to knock them out. You will come across multiple locations where you can grab traditional and special balls that will affect the game in various ways, but in an odd but helpful way, you can actually use yourself or a teammate in place of a ball. Here is how to turn into Ballform in Knockout City.

To turn into Ballform during a match, all you need to do is hold down the right bumper (R on Nintendo Switch, R1 on PlayStation, or RB on Xbox). When you do this, you will crouch into a ball and roll around the arena. At this point, all anyone needs to do is pick you up, and you are now their ammunition.

When picked up, there is a special use that no other ball can give the wielder. Whoever is holding the human ball will need to charge up their shot completely. At this point, a bomb will appear over their head. Let go, and the “ball” will be launched into the sky. The player then has complete control over their course as they come racing back down to the arena and leave an area of effect shockwave when they land. Any enemies caught in the blast will instantly be knocked out.

Do be careful going into Ballform, though. Enemies can pick you up as well and throw you either at a teammate or down a pit. Luckily, you can mash the button on the screen to break out of their hold during this time, or a teammate can tackle them to knock you free.

As an added bonus, you can press the right trigger to let your character call out to your friends to throw them. This is a nice little feature you can make use of if you are not in game chat.