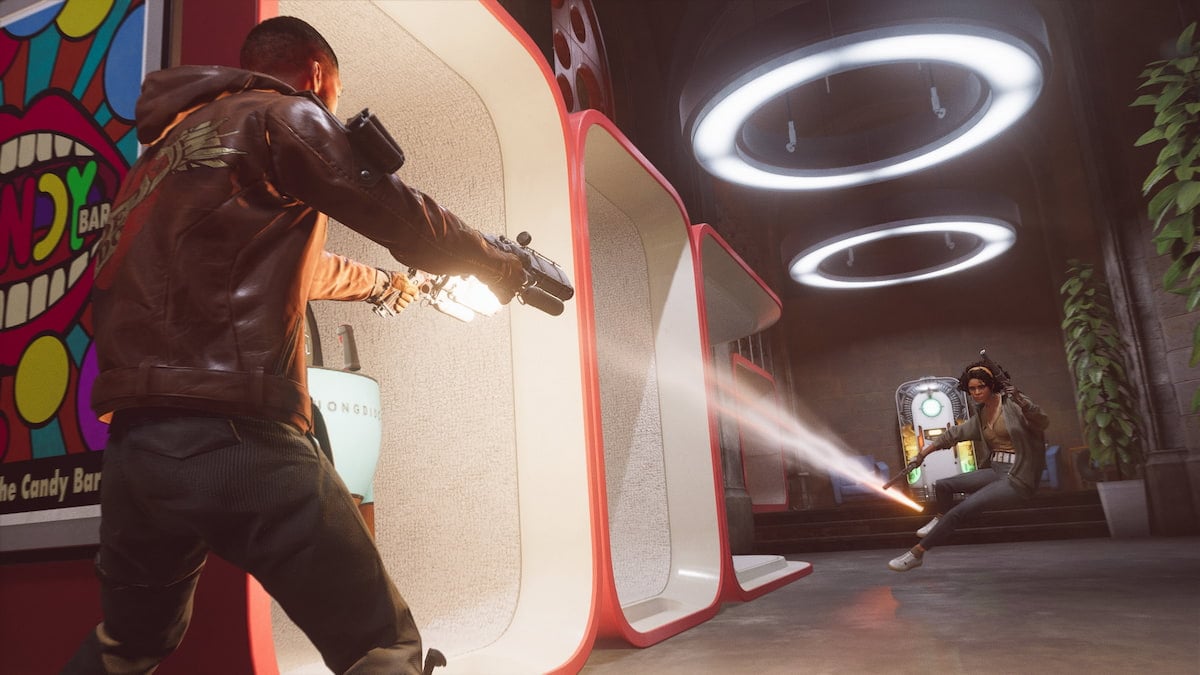 If you try going after Frank on his home turf in Deathloop, he’s going to have plenty of defenses ready for you when you try to get into the location. One of these defenses is that no one can enter his building without having a ClassPass on, which prevents you from using any of your Slabs while you have it equipped. You can learn of a way to turn off his ClassPass security system, though.

The first thing you want to do is acquire a ClassPass. The best way to do this is to grab it from the front of his building, located at Fristad Rock. When you arrive at the location, follow the route to the left, and you’ll eventually encounter a large billboard in front of a bridge leading to Frank’s place. The ClassPass station will be right upfront. Once you have it, return to the tunnels. The ClassPass is one of the few things Colt can have on his person and transfer to different districts.

Your next stop is to head over to Updaam. There, you’re hunting for Charlie’s massive game building, You can find it right next to the library, to the left of it. You’ll know you’re going the correct way because there will be a gate with a sensor in front of it, a pair of 00’s at the top, and a large bridge leading to a building with several cardboard cutouts that look like they belong in a sci-fi video game. Once you’re across the bridge and inside of Charlies’ game, stick to the left side and follow the route back outside.

Follow this way until you find a small corridor to the right. It’ll lead you to a back room where a Eternalist is. Eliminate them, and then the large, white door is something you can open, but only because you have the ClassPass on your person. Once inside, read the small note on the whiteboard where you’re going to learn that Charlie created Frank’s system, and developed a bypass for the ClassPass system. You now know the code, and can use it before entering Frank’s building.

When you’re ready to investigate Frank’s building, you can now disable the ClassPass system. The terminal that shuts it off is in the doorway on the first floor of the lobby, behind the stairs on the left side. You’ll need to use your hackamajig to open the door, but then you can input the security code and all of the doors open up throughout the facility.