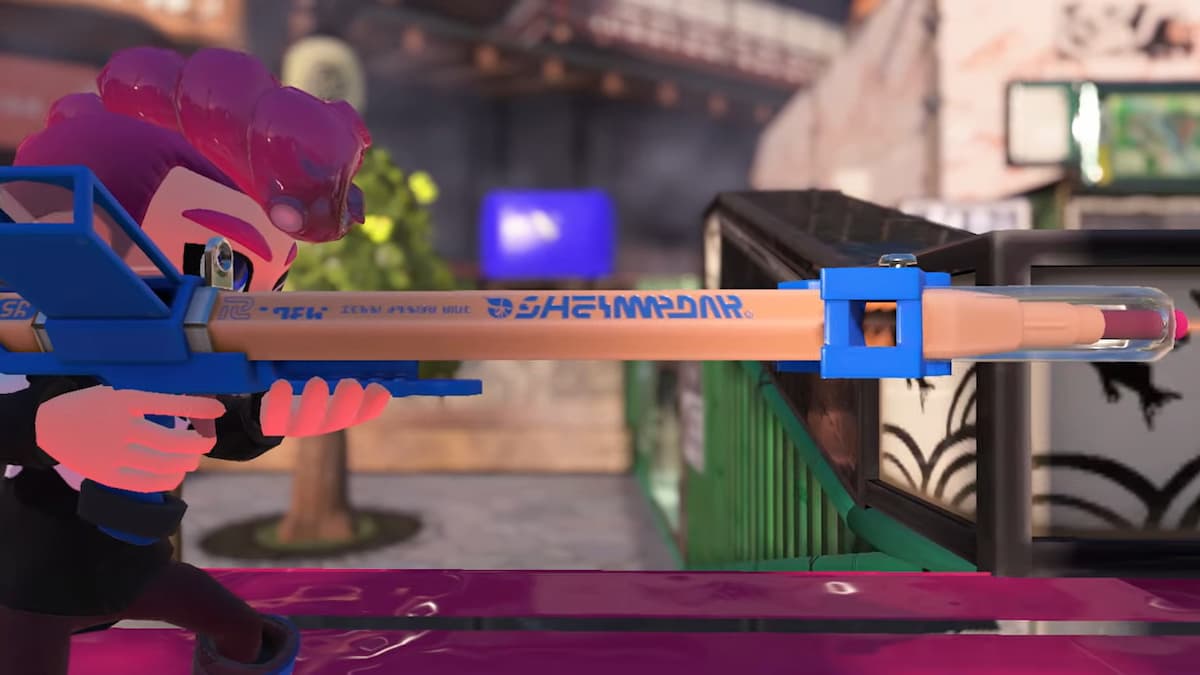 The Splatoon 3 Chill Season has rolled out and given us a chance to play with some brand-new weaponry in our quest for inky domination. As part of this new season, players can purchase a new charger-style weapon called the Snipewriter 5H from Sheldon at Ammo Knights. If you’re wondering how to add this new weapon to your arsenal and how to use it, here is everything we know about the Snipewriter 5H in Splatoon 3.

How to unlock the Snipewriter 5H in Splatoon 3

The Chill Season has brought with it several new weapons and other rewards, including this nifty-looking charger. You can unlock the Snipewriter 5H the same way you would any other weapon. Visit Sheldon at Ammo Knights in Splatsville and he’ll give you the rundown on every weapon you have available to you. Unless you’re in the market to spend a Golden Sheldon Ticket, or three regular ones, the Snipewriter 5H won’t become available for purchase until you hit level 16. Once you get to the right level, just visit Ammo Knights and purchase the Snipewriter 5H for the low price of one Sheldon Ticket.

The Snipewriter 5H is a charger-style weapon but with a small twist. Holding down the ZR button builds the charge, allowing the weapon to hold five separate shots off a single charge. At a full charge, the weapon’s base damage is 60, lowering to between 40 and 60 on a partial charge.

The sub-weapon for the Snipewriter 5H is the Sprinkler, allowing players to lay down some much-needed cover fire in areas, and its special is the Tacticooler, which can provide valuable buffs to allies.

How to use the Snipewriter 5H

While this new weapon does offer an increased rate of fire over other charger-style weapons in Splatoon 3, there is a trade-off. Each of the five shots is substantially less powerful than other chargers, meaning that it won’t have the stopping ability of the Splatterscope. With this in mind, the Snipewriter 5H is best suited for a support and cover role.

Once the weapon is charged, hit the ZR button repeatedly to unload the stored shots. Bear in mind that, like many other chargers in the Splatoon series, you can’t store the charge. Once you begin shooting, you can’t stop or you’ll lose any unspent shots. Take advantage of the Snipewriter 5H’s range and hang back, keeping enemies off of your allies with rollers and sloshers so they can get in and mark territory.

The Sprinkler sub-weapon is well-suited to this support role, allowing players to throw out ink in all directions when things get tight. Deploy it into the middle of combat and watch the other side scatter. As soon as your special is charged send it out, as the drinks inside the Tacticooler can help turn the tide of battle.