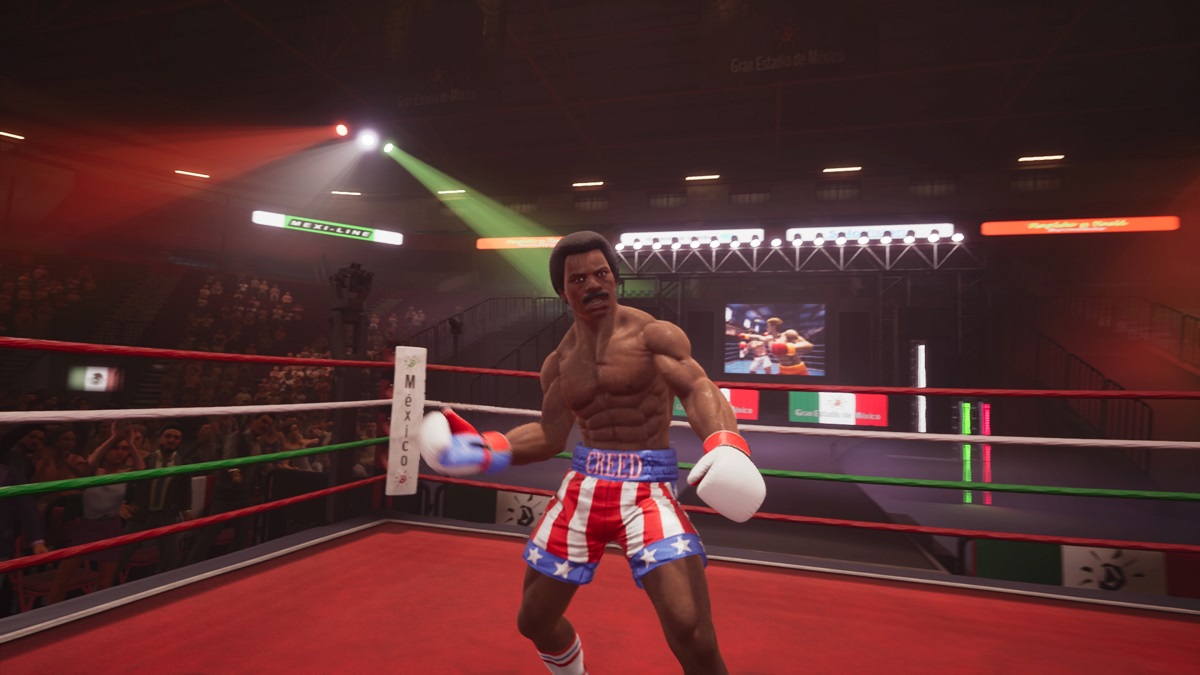 The prince of punch Apollo Creed is a mighty boxer that dishes out fast jabs and devastating power attacks in Big Rumble Boxing: Creed Champions. It’s surprising that a significant character like him isn’t part of the initial roster, but there is a way to unlock him in the game. Here’s how to do it.

For Apollo Creed to be unlocked, you will need to beat the Arcade Mode with Rocky Balboa, his rival. There are six battles in total, which scale up in difficulty the further you get in. Thankfully, it’s not as tough as unlocking Benji as Rocky has a stronger move set than his protege Adonis. We finished the last round against Adonis with Rocky in one try as opposed to Benji’s fight, which took several. Rocky’s arcade mode route has you facing against six different competitors across his illustrious career. They include:

Our advice with Rocky’s arcade mode path is to learn his moveset. He has some strong combos you can input. His Armored Hook, with up or down + heavy attack (triangle or Y button), is an awesome move as it tanks through an opponent’s basic combo. We also love the Ender Strike (jab, down jab), a simple two-hit combo that can give you extra Super Meter. Jabs can be input with the square or Y button. You can view all of Rocky’s moves by pausing the game and then selecting Move List. You may want to practice first before jumping into the Arcade mode.

For the quickest process of unlocking Apollo Creed, we recommend you select the Rookie difficulty for the easiest path possible. Once you’ve beaten Adonis in a dream match, you’ll unlock three costumes for Rocky and Adonis Creed himself. Have fun as he’s one of the best characters in the game.